Zac Brown Band Sings “Forever And Ever, Amen” After Randy Travis Shows Up At Their Concert 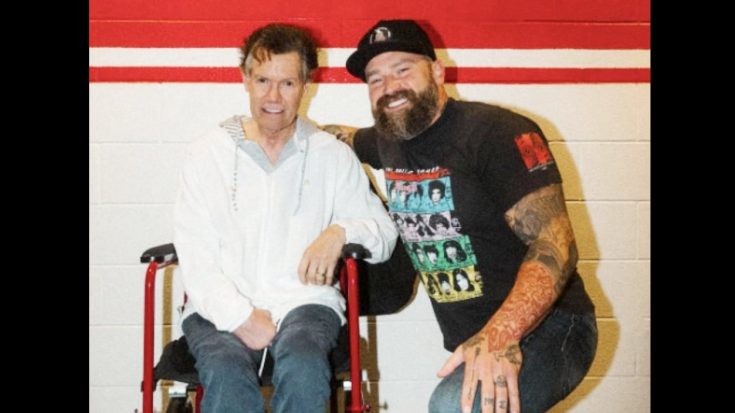 When Randy Travis turns up at one of your concerts, you know you have to change your set list to honor him!

That’s exactly what happened when Travis made a surprise appearance at Zac Brown Band‘s show in Frisco, Texas. Zac Brown Band got word that Travis was going to attend their show, so they made sure to fit one of his songs into their set.

“When you hear @therandytravis is coming to the show, you switch up the set list. We’re gonna love you forever!” Zac Brown Band said in a post on social media. They shared some photos of Travis meeting with the group’s lead singer Zac Brown.

Zac Brown Band also posted a clip of them performing Travis’ iconic love song, “Forever and Ever, Amen.” The group was previously featured on an updated recording of the song on Travis’ Anniversary Celebration album in 2011.

Fans loved hearing Zac Brown Band’s tribute to Travis. The comments section of their post was full of positive remarks:

“I didn’t think I could love you guys anymore but apparently I was wrong! What a sweet tribute to a legend!” wrote one fan.

Another follower said, “Well this just made me cry. Randy Travis songs are a core memory for me. My grandparents were huge fans.”

“It was an incredible show!!!” someone else commented. “What an honor for him to be there.”

You can see the photos Brown took with Travis below. Keep clicking through the slideshow to watch Zac Brown Band’s cover of “Forever and Ever, Amen.”

Hats off to the members of Zac Brown Band for putting together this awesome tribute to a country music legend!