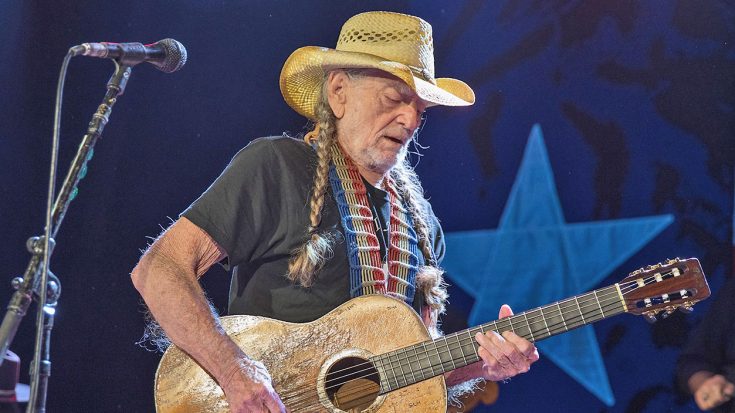 In 1973, Willie Nelson began throwing his annual 4th of July Picnic. Each year brings incredible music and fun, and this year’s lineup was no different.

2018’s performers included Sturgill Simpson, The Head & The Heart, Ryan Bingham, Margo Price, Billy Joe Shaver, Lukas Nelson & Promise of the Real, and of course, Willie Nelson & Family. Held at Circuit of The Americas racetrack for the fourth year in a row, fans were excited for a fun-filled day of country music.

Announcing the return of Willie Nelson's 4th of July Picnic to Austin, TX! Joining Willie at this year's party is a…

Unfortunately, Mother Nature had other plans.

The day’s first performer was supposed to start playing at 2:20pm, but according to Saving Country Music, “fans were told to take shelter at roughly 2:30 p.m. as a line of thunderstorms approached. By 2:50 it began to rain with numerous lightning strikes.”

Nelson’s SiriusXm radio station provided an update on their Facebook page, seeing as they were live broadcasting it for fans who couldn’t be there.

Willie Nelson’s 4th of July Picnic broadcast has been suspended due to severe weather. Austin 360 Amphitheater has been…

Because of the weather, the event was delayed for three hours, but gates were re-opened around 5pm. Lukas Nelson & Promise of the Real were the first to perform on the main stage after the gates re-opened. All the acts that were scheduled for the second stage were canceled, including Gene Watson, Johnny Bush, Jamestown Revival, Ray Wylie Hubbard, Asleep At The Wheel and The Wild Feathers.

Saving Country Music reports that some fans sat out the delay, but many left, angered that there was still time for some side stage acts to perform without being affected by the weather. Others were so happy to have weathered the storm to see their favorite singers.

They were treated to good music in quite possibly the coolest temperature in Willie’s 4th of July Picnic history! Because of its location in the heart of Texas, the picnic is usually known for its unbearingly hot weather!

Watch Nelson perform his legendary hit song “Always On My Mind” at the picnic on July 4 below.