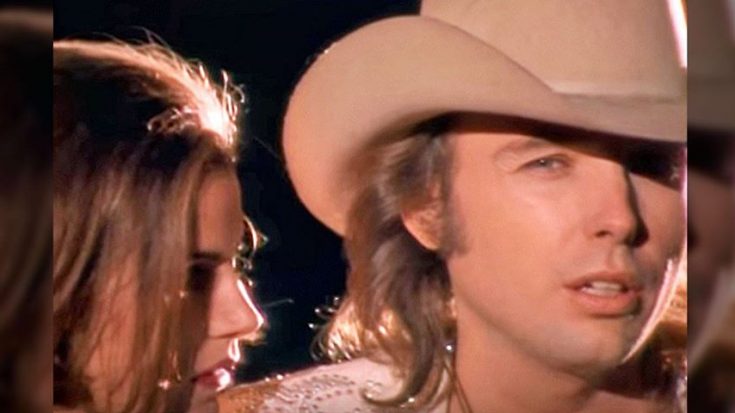 Hailed by some as the best non-Elvis version of “Suspicious Minds” ever, Dwight Yoakam took this song and made it his own.

It’s known also as Presley’s last number one hit before his death in 1977, and it was recorded 15 years later by Yoakam for the soundtrack of the Nicolas Cage movie Honeymoon in Vegas. Presley was a huge influence in the musical evolution of Yoakam, so it came as no great surprise that the country singer covered it so well.

Regarded as one of the best works of Presley, Yoakam took it to number 35 on the country music charts, proving his talent as a crossover artist.

One Of The Most Covered Songs In Music

Ranked 91st by Rolling Stone on their list of the 500 Greatest Songs of All Time, the song about being trapped in a mistrusting and dysfunctional relationship, was widely regarded as the ’68 single that jump-started Presley’s career. It’s now one of the most covered songs in music.

It Wasn’t A Hit At First

This famous song was originally written and first recorded by American songwriter Mark James. Unfortunately, it was not a hit with listeners. Eventually, the song made its way to Presley during a Memphis recording session. It was then the song became a hit and one that has withstood the test of time. Yoakam recorded it on his hit album “The Very Best of Dwight Yoakam.” How’s that for getting the best of two great stars in a single tune?
Take a listen to this song and share your thoughts below. What do you think of Dwight Yoakam’s cover of “The King’s” hit?