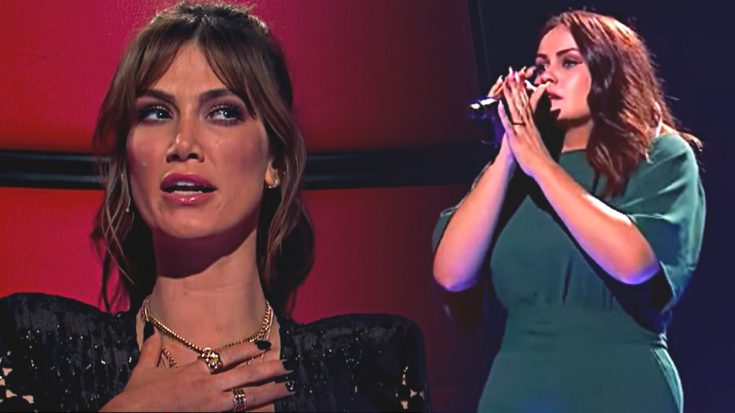 During the many seasons of The Voice that have taken place around the world, we’ve seen our fair share of jaw-dropping auditions. We’ve also seen a few unusual ones.

Maddison McNamara’s cover of Dolly Parton‘s “I Will Always Love You” on The Voice Australia fits into both of those categories.

Although “I Will Always Love You” was written and originally recorded by Parton, contestants on the various Voice shows usually don’t sing it in her style. Instead, they opt to sing it like Whitney Houston did, which can pose a great challenge.

But if they pull it off, they’re guaranteed to impress the coaches and get a spot on the show.

However, McNamara’s Houston-styled cover initially had the coaches asking questions, not pressing buttons.

McNamara opened her performance by singing without any instrumentals behind her. This was a smart choice, because it gave her voice the chance to shine without being covered up by anything else.

But McNamara also opted to slow down the opening of the song, which made that quiet moment drag on longer than it did in Houston’s version. It was this choice that left the coaches wondering if McNamara could even make it through the song.

In fact, one coach was so confused by how slow McNamara was singing, she asked, “Is she crying?”

She wasn’t too far off, McNamara did indeed have tears in her eyes. But it seems that the slowed-down approach she took was intentional and pre-planned, not a sign of nerves or emotions.

Since the judges were confused by McNamara’s start, they waited on the edge of their seats as she went for that famous high note in the song. You know the one.

But once she hit that high note, all of the coaches’ doubts faded away. As the song picked up and the instrumentals kicked in, she proved that she had the voice to be a real competitor on the show.

One of the coaches had faith in her talent, because he turned his chair for her!

So even though her audition had a slow start, she managed to prove herself in the end.

Go ahead and check out McNamara’s audition for The Voice Australia below. Her audition features one of the biggest twists we’ve ever seen!