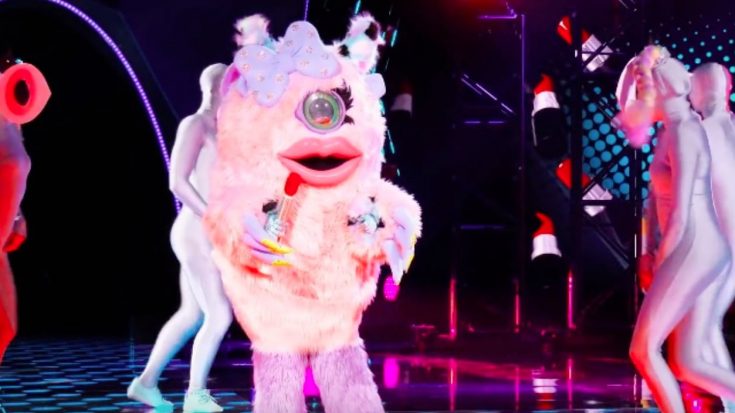 The Masked Singer chose to shake things up for its third season, opting to change the format a bit.

In past seasons, the show would air performances from one group of singers, then unmask someone from that group at the end of the episode. When the next episode would air, they’d be with a new group of singers, and follow that same pattern.

The show would then bounce back and forth between the two groups until the finals. But Season 3 changed that format. Instead, it will focus on Group A for several consecutive weeks before switching to Group B.

We first got the chance to see the Group A singers perform during Season 3’s debut episode. That’s when we were introduced to a contestant known as “Miss Monster,” who sang Bonnie Raitt‘s “Something to Talk About.”

After hearing that performance and watching Miss Monster’s first clues package, most viewers seem to think that Miss Monster is R&B artist Chaka Khan. But the judges had different guesses, with one even thinking she could be Dolly Parton.

Since the Season 3 debut was a special episode, The Masked Singer aired an additional episode on its regularly programmed night, Wednesday (February 5). We got to hear the members of Group A sing again, including Miss Monster.

In her second clues package, Miss Monster said she was once voted “most likely to be in the presence of royalty” and a queen chess piece could be seen. This led the judges and viewers to believe she either sang for royalty at some point or was around someone considered to be a “royal” figure.

The clues package also made a direct reference to the movie Titanic. Notably, she was seen drawing with chalk (a reference to her name being Chaka, perhaps).

With these clues in mind, the judges listened to Miss Monster deliver her next performance. She sang a song that is considered a country staple…”Fancy.”

Written and originally recorded by Bobbie Gentry, “Fancy” experienced a second wave of fame after Reba McEntire released her own rendition years later. Today, it is known as one of the most iconic country songs in history.

But Miss Monster’s delivery of the tune was distinctly R&B, reaffirming many viewers’ thoughts that she must be Khan. As for the judges, the Titanic and royalty clues from the package seemed to influence their guesses more than the sound of Miss Monster’s voice.

Now listen to Miss Monster sing “Fancy” in the clip below and tell us who you think she is. Are the viewers right? Or do the judges have better guesses?

We have to wait to find out who Miss Monster may be, because she made it through to the next round and remains masked for now!