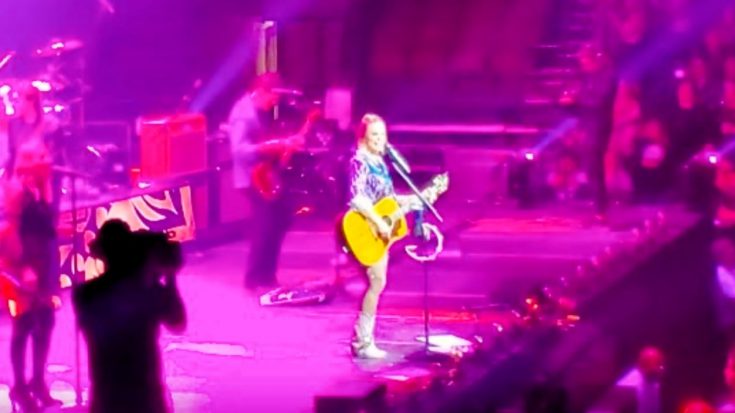 Those who caught Miranda Lambert on her Wildcard Tour got to hear a variety of songs. Each concert showcased her biggest hits alongside new material such as “It All Comes Out in the Wash” and “Bluebird.”

Lambert also threw a few cover songs into her setlist. During her show in Nashville on January 24, 2020 she enlisted supporting acts Cody Johnson and LANCO to help her sing Travis Tritt‘s “It’s a Great Day to Be Alive.”

In addition to that collaborative cover, Lambert issued a solo rendition of another country hit…Alan Jackson‘s “Don’t Rock the Jukebox.”

“Don’t Rock the Jukebox” was released in April 1991 off of Jackson’s studio album of the same title. The upbeat track was co-written by Jackson, Roger Murrah, and Keith Stegall.

Fans loved the song, and it topped the country charts in both the U.S. and Canada. When the year-end charts were released for 1991, they placed “Don’t Rock the Jukebox” at the number one position in the U.S. and the eighth in Canada.

Now, nearly 30 years after its release, “Don’t Rock the Jukebox” can still get a crowd going. That was certainly the case when Lambert covered the track during her concert in Nashville.

One fan happened to capture Lambert’s performance on film, and posted the video on YouTube. You can clearly hear the crowd singing along with her in the clip.

From the looks of things, it seems like everyone was having a fun time while Lambert sang “Don’t Rock the Jukebox” in Nashville. If you weren’t able to make it to the show, don’t worry, because we’ve included the video of her performance below.

Lambert’s cover was country to the core, just as it should be!