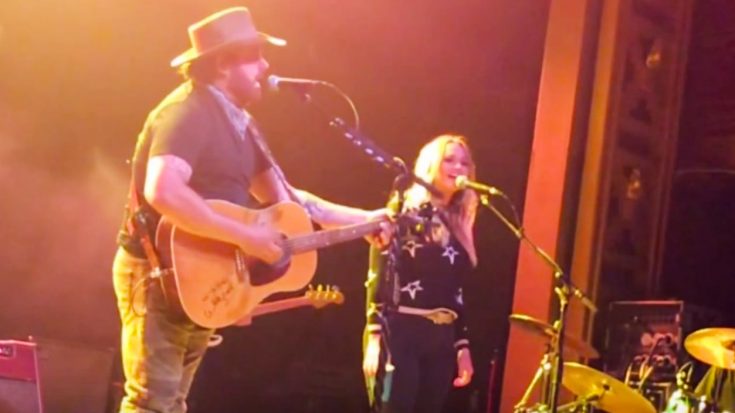 Miranda Lambert started spending a lot of time in NYC after marrying her husband, Brendan McLoughlin, a former NYPD officer. Whenever they aren’t on the road, the couple splits their time between his place in the city and Miranda’s home in Tennessee.

During one of her visits to the Big Apple in 2019, Miranda met up with her good friend and fellow country artist Randy Houser. He performed at Webster Hall, a nightclub and concert venue in Manhattan.

Miranda attended his show, and also surprised Randy’s fans by stepping on stage to join him for a duet. The pair sang “After the Fire is Gone,” a song originally recorded by Conway Twitty and Loretta Lynn.

Describing the song as “a classic” in a post on Instagram, Miranda thanked Randy for letting her “sit in” on his show.

Got to catch my good friend @randyhouser show last night with @paulcauthen at @websterhall in NYC. Randy and I sang “After The Fire Is Gone” A classic! Thanks for letting me sit in. ? #countrymusic #countryboys

As mentioned earlier, Miranda and Randy’s duet at his NYC show came as a complete surprise to his fans. Excitement must have been at an all-time high when Miranda walked out on stage and started singing with Randy.

They picked the perfect song to perform for the audience. “After the Fire Is Gone” is indeed a classic, just as Miranda said.

The track was Conway and Loretta’s first-ever number one hit as a duo. As you know, many other chart-toppers followed for the pair, and they went on to be one of the most-awarded duos in country music history.

Since Miranda and Randy chose to sing such an iconic song, they guaranteed that most of the people watching them would know every word. We bet many people were singing along as they admired the way Randy and Miranda delivered their performance.

If you weren’t one of the lucky people that got the chance to catch Randy and Miranda’s surprise duet, be sure to check out the video below. A fan managed to capture a portion of their performance, and shared the video online.

After listening to this, we’d like to hear Miranda and Randy sing more country classics in the future!