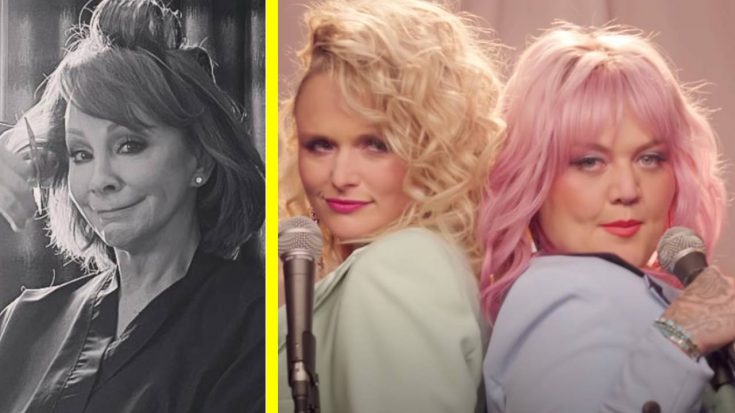 On November 6, 1993, Reba McEntire and Linda Davis, then a vocalist in her band, took their duet “Does He Love You” to number one on the country charts. Not only did it go number one, it also won a Grammy for Best Country Vocal Collaboration, and CMA Award for Vocal Event of the Year, and a TNN/Music City News Award (now CMT Music Award) for Best Vocal Collaboration.

For nearly 30 years, no other all-female duet has reached the number one spot on the country charts…until now!

Miranda Lambert and Elle King released their fiery and fun duet “Drunk (And I Don’t Wanna Go Home)” on February 26, 2021.  Over a year after its release, on the chart dating April 12, 2022, “Drunk” went to number one on the Country Airplay chart.

Lambert celebrated this huge accomplishment with an Instagram post reading, “Drunk is number 1!!! @elleking is one of my favorite artists and one of my  favorite people to be around. I am proud to call her my friend and I’m so glad she asked me to do song this song with her.”

She continued, “The fact that a duet by 2 women hasn’t been a number 1 in country music since 1993 is crazy to me. So the fact that we got here today means even more because it’s bigger than us. Thanks @reba and Linda for paving the way. Elle King I love you and your spirit. Thanks to everyone who played /streamed and sang along with us on Drunk. Now let’s get drunk and not wanna go home!”

Elle King wrote a similar post filled with gratitude. See it below.

Reba McEntire herself took to Twitter to give Miranda and Elle a big shoutout! See Reba’s tweet below.