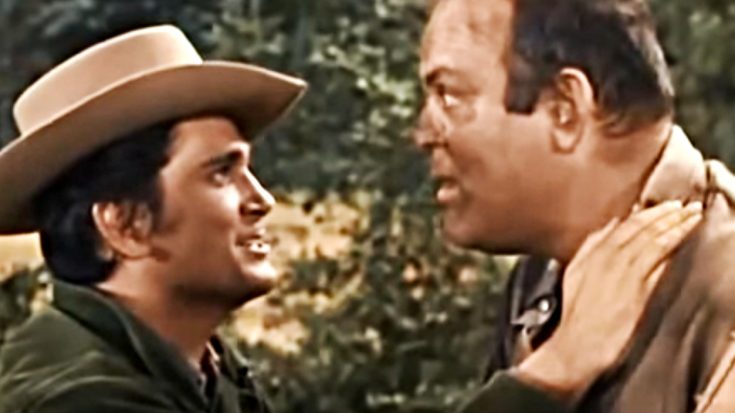 The untimely death of a loved one can feel Earth-shattering, even for actors who seem superhuman, like Michael Landon…

The actor was close with Bonanza co-star Dan Blocker and took it especially hard when Blocker died suddenly before filming the show’s final season. While everyone on set had a tough time moving forward without Blocker, it was clear that he and Landon shared a bond that made it especially hard for Landon to say goodbye.

Ken Howard, a fellow Bonanza star, recalled how tough it was for Landon to deliver a speech after the show wrapped. Of Landon’s speech, Howard said,

“What he was saying to this group, to this crew that had been together forever, was that we all know it’s not the same, and never will be.”

#OTD in 1936, Michael Landon was born. He leaves a legacy that includes 'Little House on the Prairie,' 'Bonanza,' and 'Highway to Heaven.' pic.twitter.com/4l2BIh7xqG

It was a tough decision to figure out how to manage Blocker’s death on the show. Ultimately, writers decided to honor what they thought Blocker would have wanted — to mention him in passing (the plot said Blocker died in an accident), without a long episode dedicated to his character.

Watch this emotional montage of clips featuring Dan Blocker on Bonanza (many with Michael Landon) below.