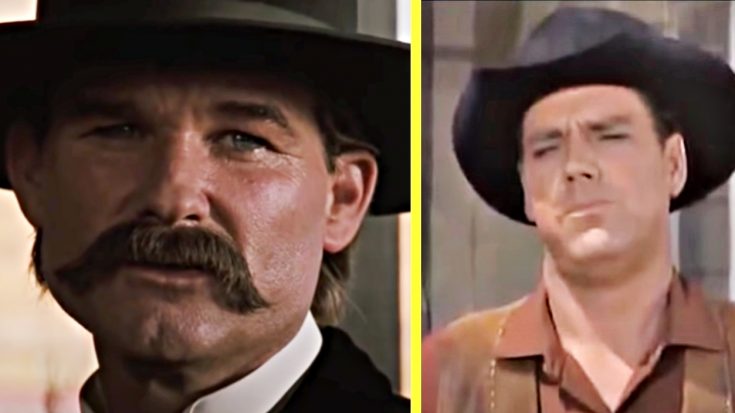 Kurt Russell has been acting since 1963, when he was just 12 years old. He appeared in many different television shows and films at the start of his career thanks to his ten-year contract with The Walt Disney Company, which began in 1966.

Now, he has over 100 acting credits to his name, plus an Emmy nomination, a Golden Globe nomination, and a star on the Hollywood Walk of Fame. Along with being a successful actor, Kurt had a decent career in baseball. In the early 1970s, he played for the Bend Rainbows and Walla Walla Islanders, both affiliates of the California Angels, the El Paso Sun Kings and the Portland Mavericks. An injury to his rotator cuff forced him to retire from baseball and return to acting.

Kurt Russell gets tips on bunting from actor and father Bing Russell. Kurt would one day play his way up to Double A baseball! pic.twitter.com/WJSf4TAu0f

As it turns out, acting and baseball is in his blood. Kurt’s father, Neil Oliver “Bing” Russell, was an actor who began his career in the early 50s. When he was younger, he was the unofficial mascot of the New York Yankees in the 30s and 40s when joe DiMaggio, Lefty Gomez, and Lou Gehrig were on the team.

He also owned a Class A minor-league baseball team, the Portland Mavericks, which were the subject of a 2014 Netflix documentary The Battered Bastards Of Baseball.

Bing has 177 acting credits to his name, many of them being Westerns, including roles in Gunsmoke The Magnificent Seven, and Maverick, but he is best known as Deputy Clem Foster on the hit show Bonanza. He appeared in 58 episodes of the long-running series.

Bing was such a big deal in that period that even Elvis Presley, arguably the most famous person in the world, was starstruck by him!

In a 2015 interview, Kurt told a story of when he was working at MGM, Bing visited him on set and Elvis happened to bet there. Elvis went up to Kurt and asked if he could talk to his dad because he was a fan.

According to Kurt, here is what Elvis said to Bing:

“You know, Mr. Russell, I don’t mean to be forward or rude, but I’ve seen you in a lot of Westerns and I love the way you wear your hat. And I was just wondering, I wanted to ask you, if I ever do a Western, would you be okay if I wore my hat that way?”

Bing acted until 1990, with the movie Dick Tracy being his last role. Bing passed away in 2003 from complications of cancer. His legacy lives on through his son, Kurt, three daughters, and grandchildren.

Check out a highlight reel of Bing’s career below.