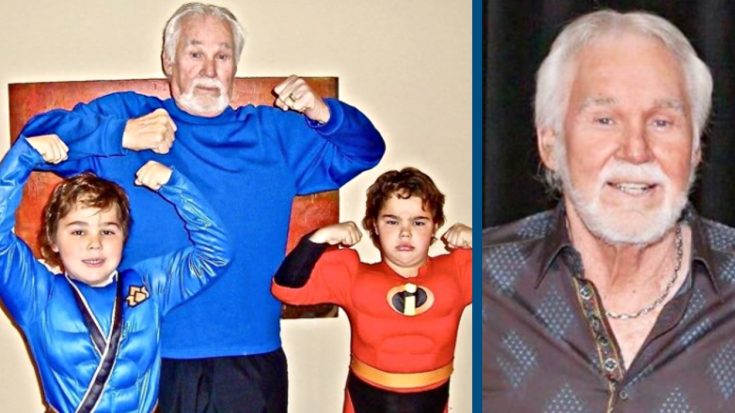 Kenny Rogers tragically passed away in March 2020, and the music industry is still mourning the country icon’s loss.

Rogers was known for hits such as “Islands in the Stream,” “Lady,” and many more. Outside of his music career, the Texan was married five times, and he was the father to five children.

Rogers married Janice Gordon when the singer was just 19 years old. The two married in 1958 after Caroline found out she was pregnant, and the couple welcomed Carole on Sept. 15, 1958. Unfortunately, after his marriage to Janice ended, he did not play a role in Carole’s childhood due to an agreement he made with his first wife. When Carole was 22, the star attempted to reach out to his only daughter, but the two did not form a lasting relationship.

After his divorce from Janice finalized in 1960, he married Jean Rogers in October of the same year; however, the country singer’s marriage to Jean only lasted three years. Rogers eventually married his third wife, Margo Anderson. The couple welcomed the icon’s second child, Kenny Jr. While Kenny Jr. was not very close to his father, Kenny Jr. did build a successful entertainment career. Kenny Jr. worked as a composer on movie soundtracks, booked roles as an actor, and directed his first short film, Up All Night, in 2014.

Rogers married his fourth wife, Marianne Gordon, in 1977. Marianne was an actress who was best known for her roles in Little Darlings, The Gambler, and Hee Haw. Rogers and Marianne welcomed a son, Christopher Cody Rogers, on Dec. 4, 1981. Kenny maintained a closer relationship with Christopher than his previous children. He also followed his father into the entertainment industry, but instead of music, Christopher has worked as a writer, film editor, and producer.

Following a 60 million dollar divorce from Marianne, Rogers married his fifth wife, Wanda Miller. The two welcomed twin sons, Justin and Jordan on July 6, 2004. Rogers took time off from touring to spend time with the twins, and when the Justin and Jordan were old enough, they joined their father on the road.

For more on Rogers, check out the video below.