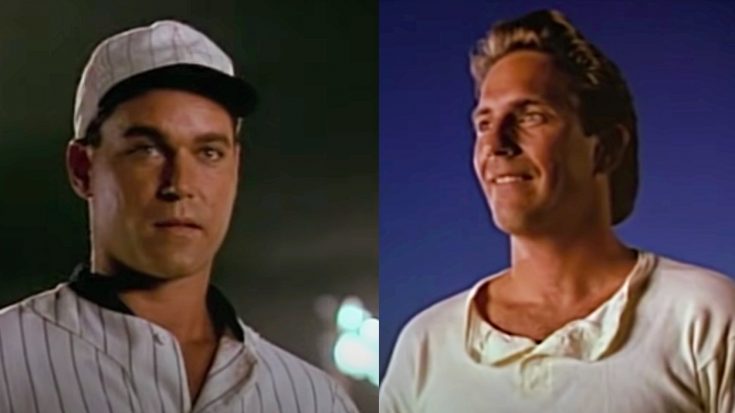 It’s only has been less than three months since the legendary Goodfellas actor, Ray Liotta, passed away in his sleep.

Ray was an iconic character in many different movies including Field of Dreams with Kevin Costner who stars in the #1 hit show Yellowstone.

In the movie Field of Dreams, Costner plays an Iowan farmer named Ray who built a baseball field in the middle of a cornfield on his property. In the movie, ghosts of baseball players begin to visit the weirdly placed baseball field and one of them is Liotta’s character, Shoeless Joe Jackson.

In a tribute posted to Instagram, Costner wrote of his co-star, “I wanted to share some memories from the movie but more importantly remember the amazing Ray Liotta.”

Major League Baseball (MLB) held their own “Field of Dreams” game last Thursday night (Aug 4) with the Chicago Cubs and Cincinnati Reds. They all wore special uniforms and came out of the cornfield to the baseball field just like they did in the movie.

Costner wrote, “‘Shoeless Joe Jackson’ will be out there with all of us for a great night of baseball in the fields of Iowa.”

In the Instagram post, Costner shared heartwarming photos from the film that included a screenshot of one of the most iconic moments in the movie where  Liotta’s character asks Costner’s character, “Hey, is this heaven?” To which Costner replies, “No. It’s Iowa.”

After Liotta passed away, Costner also took to his Instagram to say a few more things about the iconic actor to the public.

He wrote, “Devastated to hear the news of @rayliotta’s passing. While he leaves an incredible legacy, he’ll always be “Shoeless Joe Jackson” in my heart. What happened that moment in the film was real. God gave us that stunt. Now God has Ray.”

While on set in the Dominican Republic filming the movie, “Dangerous Waters,” Liotta passed away at the young age of 67. May he forever live on remembered as the legend that he was.