Matthew McConaughey is Now a Professor at University of Texas 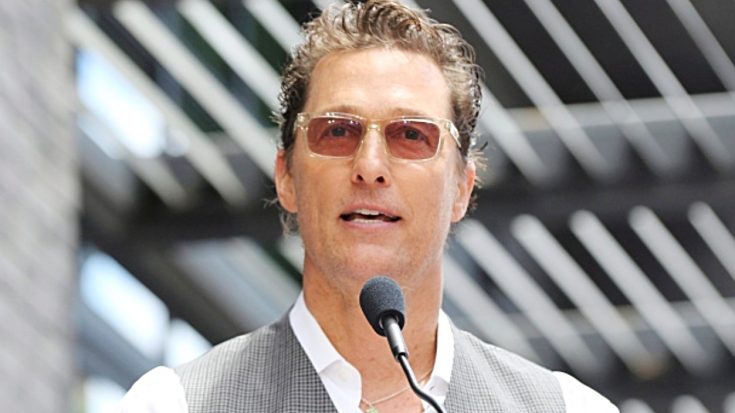 The iconic actor from Texas, Matthew McConaughey has decided to officially become a professor at the University of Texas and will be teaching in the department of Radio-Television-Film.

Matthew McConaughey has officially signed on teach a film class this year at the University of Texas! What celeb would you want as a professor? ~Christina#matthewmcconaughey #professor #class #walk #radio

Matthew graduated from the university back in 1993 with a film degree and has since been featured in over 50 films and won Oscars and Golden Globes from his leading roles in movies like “The Wolf of Wall Street,” “Interstellar,” “Dazed And Confused” and “How to Lose a Guy in 10 Days.”

Matthew Isn’t New To Teaching Though

McConaughey isn’t jumping into the teaching role as a newbie, he’s actually been a visiting instructor at the flagship campus in Austin, Texas since 2015. The university released a statement that recognizes his “outstanding work as a teacher and mentor.”

“We are proud to welcome Professor McConaughey to officially join our world-class faculty,” said Moody College Dean Jay Bernhardt in the press release. “Matthew cares deeply for our school and our students, and we are thrilled that he shares his time and talent to help prepare the next generation of media leaders and innovators.”

We can imagine many students will be fighting to get a seat in his class and the line to join must be so long there’s a waiting list and vetting process. Overall, it’s super cool to see that Matthew is willing to step away from his millionaire lifestyle and assist in growing the future minds of the film industry.