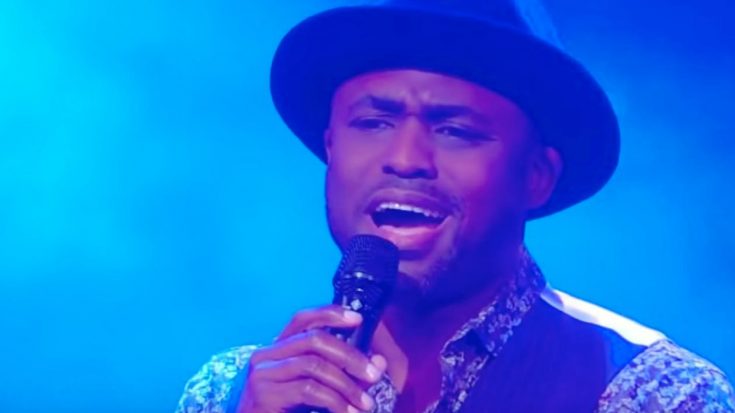 Season 2 of The Masked singer wrapped up in December 2019. Comedian and singer Wayne Brady ended up winning that season, having impressed the judges with his smooth vocal delivery and equally smooth dance moves.

Brady dressed as The Fox during his run on the show. Week after week, he kept the judges guessing his identity while he sang tunes such as “Try a Little Tenderness,” “Every Little Step,” and “This Christmas.”

The Let’s Make a Deal host also went country for one performance, opting to perform “Tennessee Whiskey” in the hopes of impressing the judges (which he did).

While many of today’s country fans know “Tennessee Whiskey” as a Chris Stapleton song, the track dates back decades further than Stapleton’s 2015 rendition. It was first recorded by David Allan Coe and released in 1981.

Coe’s rendition of the song reached the 77th spot on the Billboard Hot Country Singles chart following its release. Two years later, George Jones came along with his own version, and turned it into an even bigger hit.

Jones’ recording of “Tennessee Whiskey” claimed the second spot on the Hot Country Singles chart in the U.S. and topped the RPM Country Tracks chart in Canada.

Now, along with Coe, Jones, and Stapleton, Brady can add his name to the list of talented singers who have covered “Tennessee Whiskey.”

With his run on The Masked Singer finally over, Brady was free to sing without the cover of his Fox mask and costume. So, for the first time without his mask, he sang “Tennessee Whiskey” live during an appearance on The View.

If you watched Brady compete on The Masked Singer, it may be odd for you to watch him sing “Tennessee Whiskey” without his mask. After all, you got so used to hearing that voice come from a tall, well-dressed Fox.

You can tune in to the clip below to watch Brady’s first non-Fox performance of “Tennessee Whiskey.”