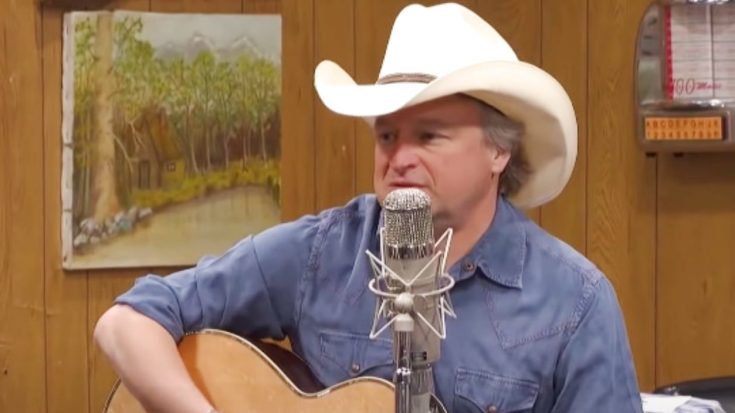 90s country star Mark Chesnutt underwent “urgent” back surgery in July 2021. The “Bubba Shot the Jukebox” singer had to cancel a few shows so he could take some time to recover.

But that break from touring ended up being much longer than Chesnutt anticipated. He eventually had to cancel the remainder of his concerts for 2021.

In February, Chesnutt had another discouraging update to share. He said he needed to take even more time off because his recovery hadn’t “been going well.”

“There were some underlying medical issues we didn’t know about until recently that made my situation a little more serious than we first thought and because of this I have to cancel my shows for a couple more months,” he said.

On Monday (April 4), Chesnutt shared an update on his health and recovery. He said he has been going to physical therapy twice a week and that has helped him a lot. Chesnutt also changed his diet, and he can tell that has made a difference in his recovery as well.

He went into a little more detail about the troubles he experienced after his surgery. “I have had some issues with neuropathy that was concerning, but that has started to subside and that has allowed me to be more proactive in my recovery,” he said.

At last, Chesnutt says he “can see a light at the end of the tunnel for a change.” He is now feeling much better, and is looking forward to the day he can finally perform again.

Chesnutt ended his message by thanking his fans for standing by him during this challenging time. “I can’t express how thankful and lucky I am to have so much support and I hope to see you all out there on the road as soon as possible,” he said.

Read Chesnutt’s full update below. We’ll continue to pray for his complete recovery.