Marie Osmond Won’t Leave Any Money To Her Children 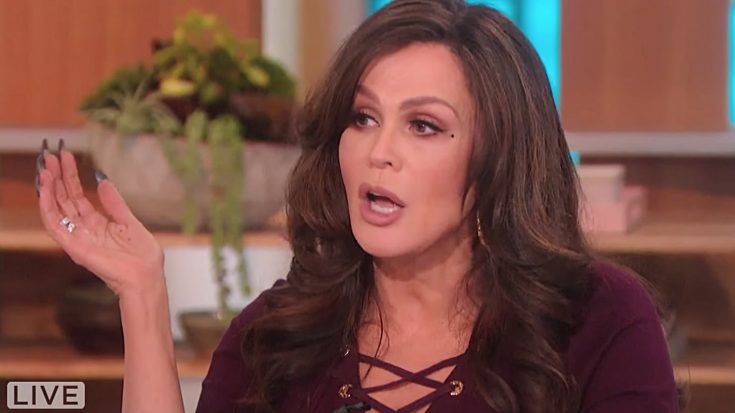 After amassing a fortune over nearly the last 50 years in showbusiness, Marie Osmond says that her kids won’t see a penny of it when she dies.

Speaking frankly with her co-hosts on CBS’s daytime panel talk show, The Talk, Marie explained that both she and her husband Steve had decided that the kids will not be receiving an inheritance.

“I’m not leaving any money to my children,” Marie said very matter-of-factly. Then she looked straight at the camera, smiled and said, “Congratulations, kids.”

As the co-hosts laughed at her surprise announcement to her children, they also wanted to know why she had decided something so drastic – and often, unheard of.

“I think you do a great disservice to your children to just hand them a fortune – because you take away the one most important gift you can give your children: the ability to work.”

Worth more than $20 million, Marie Osmond has really worked her way to riches. She’s been performing since she was just a child and has worked with shows and sponsors to grow her fortune to the height it is.

While this might come as a shock to many – and folks may not agree with her…this is hardly the first time she’s taken this approach to parenting.

Back in October 2019, Marie admitted that she had enabled her older children quite a bit. Now, they are all hard workers, but she explained she had probably pampered them a bit too much – and, at one point, realized she had to rein it in.

One of her daughters was struggling and couldn’t get it together. After helping her many times, Marie decided to cut her off. And that meant that her daughter was temporarily homeless.

“And I know this sounds terrible, but there was one point where she called me after multiple times [helping her], and she’s like said, ‘Mom’ and I said, ‘I’m sorry, I’m not going to help you.’ And I knew she would end up living in her car.” And adds, “She said today it was one of the hardest times of her life. I cried. But I knew if I didn’t reboot her that she’d be that way her whole life… our job as parents is to teach them to take of themselves, but to be there when they need it.”

Marie says that she and her husband have decided that their fortune will go to charity rather than to spoil their children rotten. She believes in her kids’ ability to make a life for themselves and thinks that doing so will bring much better value to their life than her money could.

Watch the full clip from The Talk below and tell us in the comments if you agree with her.