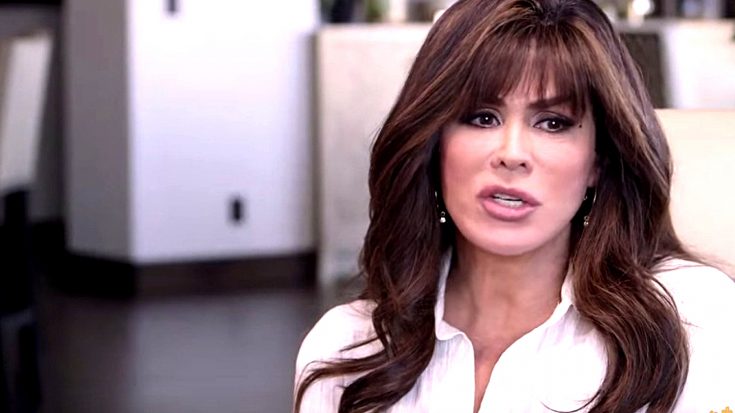 For the very first week as a co-host on The Talk, Marie Osmond opened up about the pain of her son’s suicide…and the horrible things people said about her in the week after his passing – not to mention, how much it harmed the rest of her family.

Osmond, who is winding down her Las Vegas residency with brother Donny, has picked up a new gig as co-host of CBS’ daytime talk show, The Talk, where she replaced Sara Gilbert.

In this new clip released just a day or so after the debut episode of the fall season, Osmond shares a story about shaming – and how she was brutally shamed after her son committed suicide in 2010.

Michael Blosil, Osmond’s 18-year-old son, jumped from the 8th story of his Los Angeles apartment building after a long and extensive battle with depression that included rehab.

Speaking on the weeks that followed his tragic passing, Osmond reveals that she was brutally and publicly shamed by many people when she decided to return to work just one week after his funeral.

“I’ve been shamed before. You know, if you take the topic of shame, you can say what you want about me, but when they start attacking your children or your family or those type of things, I think this world is in to too much of this shaming thing.”

“For example, when my son died, I chose to go to work a week after his funeral,” she added. “And the people were so cruel, because of me choosing to show my children they had to keep living… It hurt my children more than anything that they would go through that.”

Beyond just being shamed for returning to work and trying to show her children that they must push forward with their lives and continue living – she has also been shamed more recently, because of how she chooses to love her daughter.

In June 2019, Osmond shared a photo of her daughter Jessica, who is gay, and Jessica’s new wife. She congratulated them and shared her excitement for being able to be a part of their special day.

“Congratulations to my darling daughter Jessica and her new wife Sara! I’m so glad I got to fly in for the day to be apart of such a happy occasion! I could not love the two of you more! Welcome to our family!”

Congratulations to my darling daughter Jessica and her new wife Sara! I’m so glad I got to fly in for the day to be apart of such a happy occasion! I could not love the two of you more! Welcome to our family! ❤️

According to Osmond, she was shamed again because of her support for her daughter.

“Another thing recently is my daughter is gay, and I went to her wedding. She just got married. And people were shaming me because of supporting my daughter.”

“And, you know, the thing is, is that you should never shame anyone… and I think especially for loving your child. Never you should shame someone.”

Watch Marie Osmond’s full segment on shaming below and let us know what you think of what she had to say.