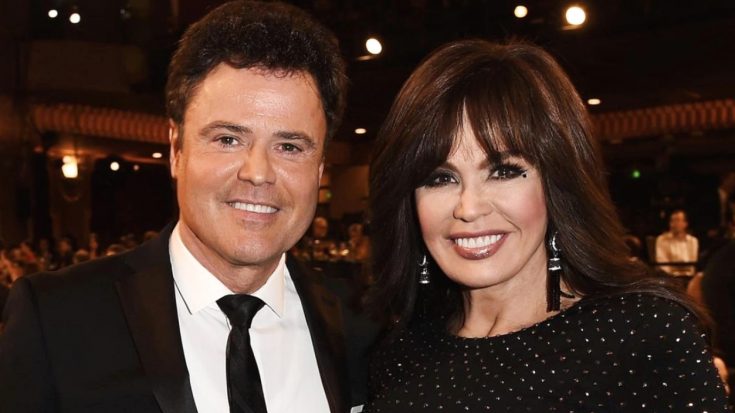 Donny Osmond is heading back to Las Vegas, and it looks like everyone has something to say about it!

Donny Osmond famously performed in the band, The Osmonds, alongside his older brothers. The family band gained fame for songs such as “Yo-Yo” and “One Bad Apple,” but now, Donny Osmond is ready to fly solo for a Las Vegas residency.

Osmond announced his show, which debuts in August 2021, on his Instagram, and his fans instantly filled his comment section in praise. Osmond’s sister, Marie Osmond, also had a few words to share about her brother. Previously, Marie and her brother performed in an 11-year Las Vegas residency, and all eyes shifted to Osmond’s sister as Marie shared her thoughts with the public.

“So incredibly proud of my talented brother Donny… who will be the next “Mister Las Vegas!” His residency starts in August at Harrah’s and I can’t wait to be sitting front row with all of you!” Marie shared with her Facebook page of fans.

Marie showed support for her brother’s solo return to the Las Vegas stage and shared the link to Osmond’s Ticketmaster page. Tickets for the show go on sale on November 24, and Marie appears to be first in line for a seat!

Osmond may not be a stranger to the Las Vegas stage, but a solo act is an exciting accomplishment. Osmond shared his feelings about the new venture with fans on Instagram. He stated:

Osmond is ready to shake it for you in Las Vegas, and for fans, this residency sounds like a must-see!