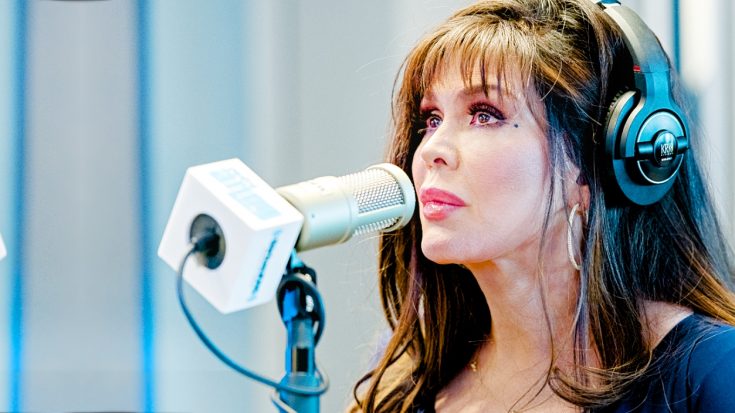 The Osmonds: A Musical Family

In the music industry, it is not uncommon for talented family members to enjoy success together. For example, sisters Loretta Lynn and Crystal Gayle both made their mark on the country music scene. Sometimes, generations enjoy success in the industry like the Hank Williams lineage.

But there is something really special when an entire family is so talented that they can form a musical group. That is the case of the Osmonds.

Originally, the Osmonds was comprised of brothers Alan, Wayne, Merril, and Jay – later gaining younger brothers, Donny and Jimmy. One sibling who wasn’t part of the group was their sister Marie – and while she never worked with her brothers, she set out on her own successful career.

Jimmy Was Her “Favorite”

When Marie was asked in 1973 who her “favorite” brother was, she joked it was her youngest brother, Jimmy. At the time he was only 10 years old and was the “only one I can beat up.” All jokes aside, the Osmonds are a tight-knit family that cares deeply for one another.

This brings back memories. This was taken in 1975!

A Scary On Stage Moment

That same young Jimmy is now all grown up and has been performing in a U.K. production of Peter Pan as the infamous Captain Hook.

Oh yes it is! Panto stars talk ahead of shows across West Midlands @ShropshireStar https://t.co/Nu1p6Tfs0c pic.twitter.com/I5twyqRC9A

In a split second, all the excitement faded as Jimmy fell ill on stage and needed to be rushed to the hospital.

A representative told The Daily Mail that, “On the evening of Thursday, December 27 after pushing through the evening’s performance of ‘Peter Pan’ at Birmingham Hippodrome, Jimmy Osmond was driven straight to the hospital and diagnosed with a stroke. He is grateful for all the well wishes and will be taking time out in the new year.”

Jimmy, 55, was reported to have finished up the play and signed autographs on his way out before going to the hospital. Even in scary moments like this, he put his fans first.

In his time of need, his sister who grew up loving and protecting her little brother asked fans for prayers with a social media post.

Prayers for my brother Jimmy ?? https://t.co/XfjGHDMEf7

Before his stroke, Osmond was bringing the crowds to their feet with his energetic performance in the play. You can watch their standing ovation in the video below and please keep Jimmy and the Osmond family in your prayers during this time.