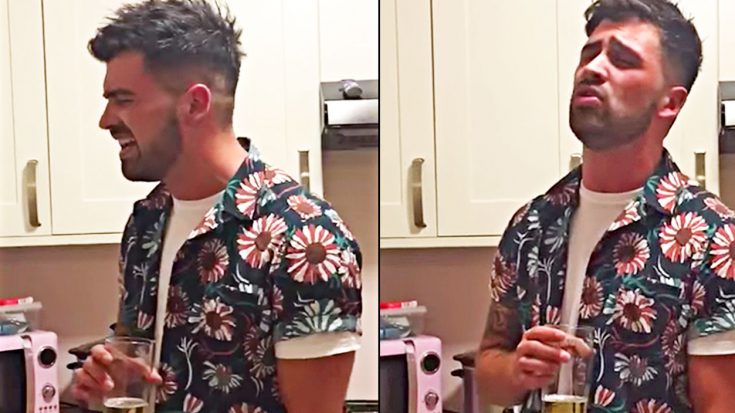 The passion in his voice is simply undeniable and his impromptu performance of “Don’t Close Your Eyes” had all of us singing along!

Christopher King was just hanging out at home when he found himself standing in the middle of the kitchen, a beer in one hand, and belting Keith Whitley‘s hit song while a friend recorded the whole thing on video!

An Old Song – But A New Beginning

Truly one of the most cherished country songs, “Don’t Close Your Eyes” has been covered by some of the biggest names in country music and is a fan favorite for many rising stars to sing as part of their setlist. A staple of any true country music collection, Whitley’s 1988 hit is a song that doesn’t disappoint!

Unbeknownst to him, it would be this performance and the recording of this exact song that would catapult him into stardom after appearing on the first series of Ireland’s Got Talent!

The 29-year-old Limerick native made his television debut in March 2018 for an audition that was truly golden-buzzer worthy and he won over the hearts of folks all across Ireland. He was so charming, in fact, that the host was so impressed she used her only golden buzzer press to advance him into the live rounds.

'Don't Close Your Eyes' for this next segment! Ireland's got Talent star & country singer Christopher King will be joining us to discuss his success since finishing the show and his news single – "Don't close your eyes"! #IrlAM pic.twitter.com/QenAAKmD6g

In the time since his debut and subsequent appearances on IGT, King has worked tirelessly on releasing his very first single – which is his version of this beloved country song. Additionally, he’s also crafted his very first music video for it.

King, belted out one of the greatest songs, closed his eyes and leaned into the moment as he poured his heart out in this one-0f-a-kind performance that began his rise to fame as a country music singer.

Watch this wildly-good cover of “Don’t Close Your Eyes” below!