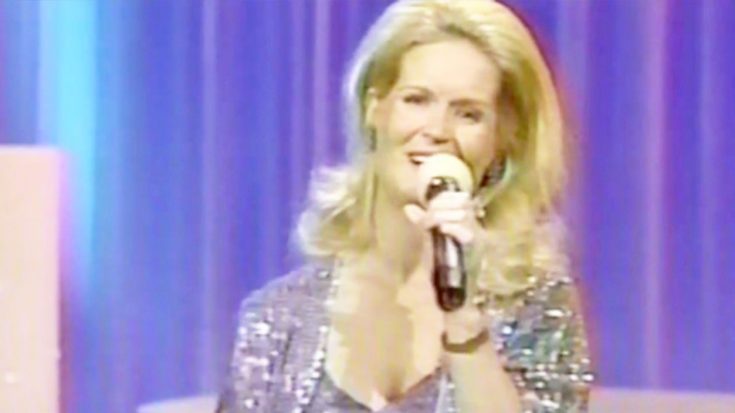 While country legend Lynn Anderson had quite a long career in the country music industry, beginning in 1966 all the way until her death in 2015, her most well-known song is without a doubt her 1970 hit “Rose Garden.”

The song, which  was written by Joe South in the mid-1960s, stayed at the top of the Billboard country chart for five weeks. It also reached the Top Five on the Hot 100 pop chart, making it one of the most successful country crossover songs of all time.

“Rose Garden” won Anderson a Grammy Award for Best Female Country Vocal Performance and it won South two Grammys for Best Country Song as well as Song of the Year.

Performing on Play It Again Nashville in 1985, Anderson sang her signature song for the adoring audience. She proved that although it had been 15 years since her song hit number one, she hadn’t skipped a beat!

Wearing a blouse covered in sparkles, Anderson walked about the stage dazzling the audience with her incredible talent. Watch her performance below.