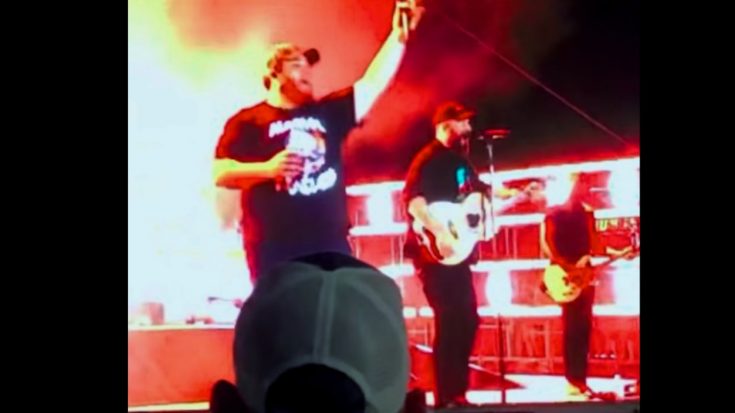 When Brooks & Dunn picked out artists they wanted to collaborate with on their record Reboot, they knew they had to get ahold of Luke Combs. The powerhouse country star has been performing their debut single, “Brand New Man,” for some time now, and Brooks & Dunn were impressed.

So when the duo decided to re-record the track for Reboot, they asked Combs to join them on it.

“It’s cool that the kid’s not shabby,” The Tennessean quotes Ronnie Dunn as saying. “He can carry a tune.”

The trio dropped their rendition of “Brand New Man” ahead of Reboot‘s release, and listeners seemed to love it. The warm response led to a live performance of the song during the ACM Awards in early April 2019 as part of the ACM’s “Flashbacks” series. It was hailed as one of the best performances delivered that night.

All three were looking forward to the performance, especially Combs. For him, it was an opportunity he previously could only dream about.

“Then here you are 25 years later with your first ACM performance with two of your biggest heroes in the world singing one of your favorite songs ever. It doesn’t get any better,” Combs told The Tennessean.

Thanks to Reboot, there has been renewed interest in Brooks & Dunn throughout the country music world. So it came as no surprise when one of the Stagecoach festival’s headlining artists decided to cover “Brand New Man” during his set.

However, that artist wasn’t Combs. It was Sam Hunt.

Hunt had been noticeably absent from the country music scene prior to Stagecoach in 2019. His headlining appearance at the festival marked his first performance in 2019, and was only one of three gigs he had scheduled for the year at that time.

Wanting to make the most of his rare appearance, Hunt pulled out all the stops during his performance. On top of singing “Brand New Man” he joined an unannounced guest to sing the song as a duo…and that guest was none other than Combs.

No One Saw This Coming

No one was expecting Combs to show up and sing with Hunt, so the crowd was thrilled when he made his way out on stage!

This is the duet that no one ever knew they needed, but once they witnessed it, they would never want to live without it. If you weren’t one of the lucky people who got to see it live, we’re sure you’re left wishing that you were.

Luckily, a fan happened to capture the duet on video and shared it online. You can check it out in the clip below.

After hearing this, we’re hoping that Combs and Hunt will collaborate again in the future. They proved they make a good team!