Lukas Nelson Sings “Music To My Eyes,” A Song He Wrote For “A Star Is Born” Movie 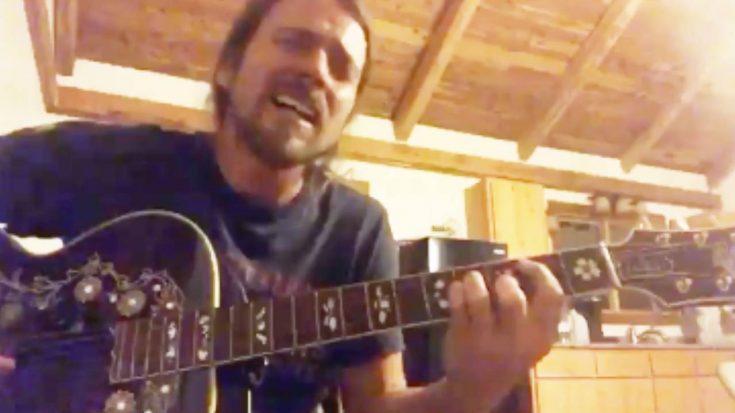 When the entire world began being affected by the COVID-19 country legend Willie Nelson’s son is using his talent to help lift people up while they are stuck at home. He started the “Quarantunes” series on his Instagram page on March 17, 2020 with a cover of Leonard Cohen’s “Hallelujah.”

Since the “Hallelujah” video, he has uploaded quite a few more, including a few with his famous father.

Lukas Nelson, @willienelsonofficial & Micah Nelson (@particlekid) – Lukas Nelson and POTR’s Turn Off The News And Build a Garden. . Since we are only 4 days away from releasing #NakedGarden we thought it would be the perfect time to share the song that started it all! #TurnOffTheNewsAndBuildAGarden ? Performance is from the @luckreunion #tilfurthernotice broadcast last Thursday, where I got to sing this song with my dad and brother Micah (@particlekid)  Even if you don’t have your own physical garden right now, I hope you will join us, close your eyes and find the garden in your mind ?

Lukas performed a song he helped write for the film A Star Is Born, which starred Lady Gaga and Bradley Cooper. Lukas was very involved in the music of the film and also played the guitar player for Cooper’s character.

You can see him in the opening scene below.

The video opened with Lukas explaining how Stefani, which is Lady Gaga’s real name, had written a verse for the song that didn’t end up in the movie. He said he only remembers it the original way, so that’s the way he would sing it.

“This is one of my favorite songs I wrote for the movie, and this version might be slightly different from how you’ve heard it before…hope you enjoy the lost verse from ‘Music to My Eyes’,” Lukas wrote.

Take a look at the clip below, which features “Music To My Eyes” in a scene from A Star Is Born.

And make sure to watch Lukas’ version below.

Tonight we wanted to share this tune from “A Star is Born.” This is one of my favorite songs I wrote for the movie, and this version might be slightly different from how you’ve heard it before…hope you enjoy the lost verse from Music to My Eyes! Have a great weekend everyone!