Lucille Ball’s Granddaughter Shares Her Favorite Memories Of Her Grandmother 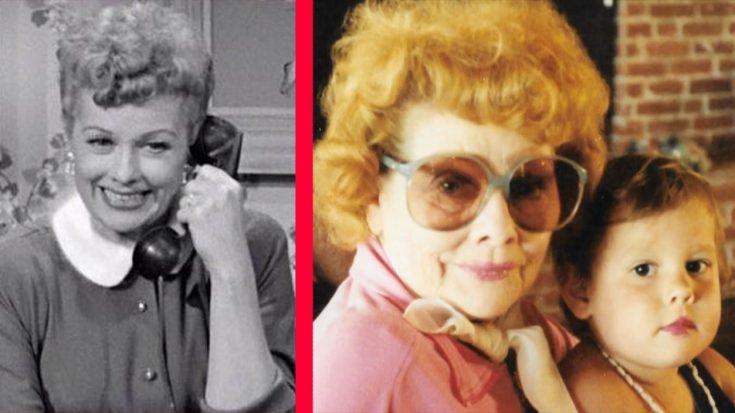 Lucille Ball’s granddaughter, Kate Conner, has fond memories with her grandmother whom she simply refers to as “Nana.” The I Love Lucy star died in 1989, while her husband Desi Arnaz, whom the actress was married to from 1940 to 1960, died three years prior in 1986.

The two of them co-starred on the sitcom together, and had two children, Lucie, and Desi -the former of whom is Kate’s mom. On Monday, March 22,2021, Kate appeared on an episode of The Today Show, to share her favorite memory of her late grandmother.

Lucille died when Kate was just four years old. Despite her passing early in her life, Kate remembers her grandmother being “really involved” in her life and shared how it has impacted the way she spends time with her own children.

“I guess she was really happy to have another little girl. She would wrap my little tufts of hair in these curlers and put me in silk pajamas and I’d have these wonderful, luxurious bubble baths and I would sleep in her giant California King-sized bed and she would be there for all of that.”

Kate went on to explain that Lucille truly enjoyed being a grandmother. The two of them would watch TV together and now she lives out those memories with her son.

“We used to sit and watch Inspector Gadget together. She would give me Oreos and milk and just sit behind me and play backgammon and just keep me company. My son likes to do that now. I tell him, ‘This is our Nana time.'”

“She loved being a grandma.”@hodakotb speaks with Kate Conner, granddaughter of comedy icon Lucille Ball, who shares fond memories of her beloved “Nana.” pic.twitter.com/Lrct2INHjG