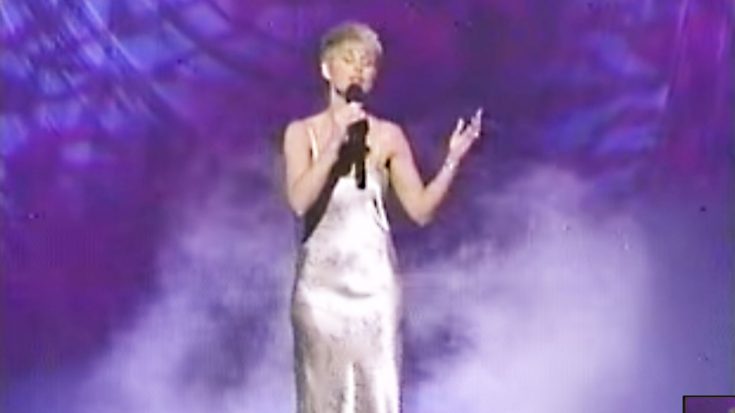 The American Country Music Awards has been home to some of country music’s most legendary moments. Artists such as George Strait, Dolly Parton, and Garth Brooks have all been given major awards throughout the years. But the part that makes the show so special, are the performances that are put on. Rewind to 1994, when country music singer, Lorrie Morgan gave a performance of a lifetime at the CMA’s.

Morgan started her career off at age 13 with a little help from her father and country legend George Morgan. Her first debut was performed at the Grand Ole Opry foreshadowing her future successes. Between the years of 1989 (when her first album was released) to 2017, she has produced 15 albums. One of her most popular singles being the empowering “Five Minutes.”

At the 29th Annual ACM’s, country music legend, Alan Jackson had the pleasure of introducing the star by telling her beautiful background story. Recognizing the song’s meaning, Jackson notes,

“She wrote this song especially for anybody who’s ever lost a loved one.”

The soft piano ballad begins as Morgan walks out on stage in a breath-taking shimmery silver gown. The song faces the question of the ‘what if’ of seeing a loved one on Earth again. The passion in her voice aligns perfectly with the heartfelt lyrics.

“Oh, if you came back from Heaven, It would freeze me in my tracks. And I hope God knows, if He let you go, I’d never send you back.”

The emotional performance had the audience in awe from the first to the final note. Toward the end of Morgan’s performance, it became obvious to the viewers that this was a very personal memoir for the singer. Many fans believe the heart-break tune is about Morgan’s second husband, country singer, Keith Whitley who passed away in 1989.