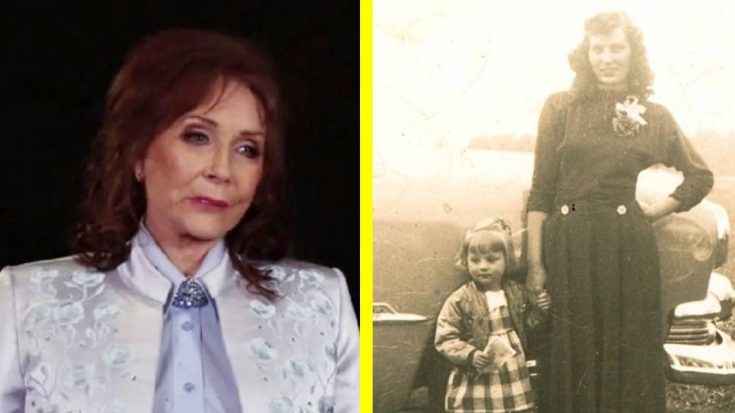 A parent should never have to bury their child.Sadly, Loretta Lynn has had to do this twice.

Loretta’s eldest son, Jack Benny Lynn, passed away at the age of 34 on July 22, 1984 when he was trying to cross the Duck River at the Lynn Ranch in Tennessee. The 38th anniversary of his death recently passed, and she took to Instagram to remember her son.

In a blog post, she wrote, “It about killed me when I lost him. My team asked me if we should keep posting each year on the anniversary of his death and I say absolutely. I love it when we remember him. I love hearing his name, stories about him, and seeing that others haven’t forgotten him. I miss him terribly. I think of him ever single day—whether anyone mentions him or not. Only mommas who have walked this road understand.”

On July 29, 2013, Loretta’s eldest daughter, Betty Sue Lynn. Betty Sue passed away from emphysema at the age of 64. Loretta was just 16 years old when Betty Sue was born, and the country legend has said that they both grew up together.

Loretta remembered her daughter in a sweet social media tribute on the 9th anniversary of her passing.

“She was first. It was Betty Sue who made me a momma. I was just 16 when she was born and three more weren’t too far behind her. Those early days were full and long. Keeping house, working the garden, and keeping up with the little ones was more than a full time job. Betty Sue became a little boss to the next three! She was feisty, she was fun and in many ways it felt like we raised each other!” she wrote.

Loretta continued, “It felt like part of my heart died when she left us. I hated seeing her sick, but I didn’t want to let her go. She was more than a daughter; she was a best friend. She’s been gone for nine years and it feels like I haven’t seen her or heard her voice in forever.”

Loretta included a photo of her a Betty Sue when she was a toddler, a photo of Betty Sue at her wedding, a high school photo, and a portrait.

The pain of losing a child never ends, we can’t imagine what Loretta feels every day with two of her babies in Heaven. Our prayers are with her.

See Loretta’s full post below, and make sure to swipe through to see all the photos of Betty Sue.