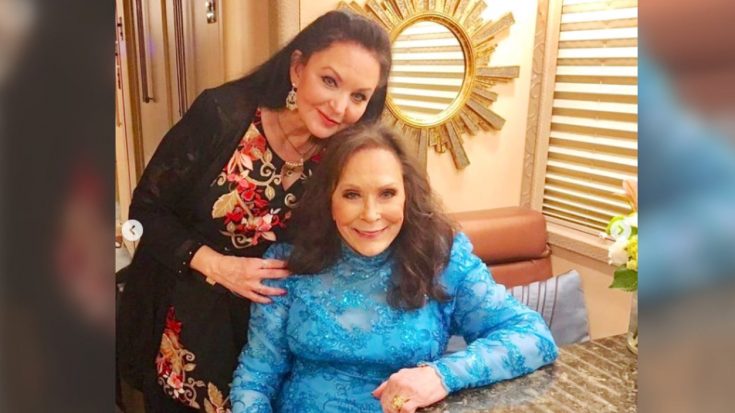 Crystal Gayle grew up admiring her big sister Loretta Lynn. There is quite the age difference between the two sisters…Crystal was born on January 9, 1951 and Loretta was born 19 years earlier on April 14, 1932.

Loretta was already a star in the country music world while Crystal was still a child. Crystal would later go on to follow in her famous sister’s footsteps, and has enjoyed a successful country music career of her own.

The two singing sisters have collaborated many times over the years. Fans always get a kick out of watching them perform together.

As the years have passed, Loretta and Crystal have maintained their close relationship. When Loretta celebrated her 89th birthday on Wednesday, Crystal was one of the first people to publicly wish her a happy birthday.

In a post on her social media profiles, Crystal said “Happy Birthday to my beautiful sister @lorettalynnofficial.” She went on to recall how much she admired Loretta growing up, and aspired to have her approval:

“My mother used to tell me, when I was a little girl that I would sit on the dresser and put on lipstick and say “Do you think Lorettie think me pretty?’” Crystal remembered. “I have alway looked up to my sister and I still do!“

She ended her note to her sister by writing, “Love you Loretta” alongside a heart emoji.

You can read Crystal’s complete birthday message for Loretta below. We love seeing how much these two sisters adore each other!