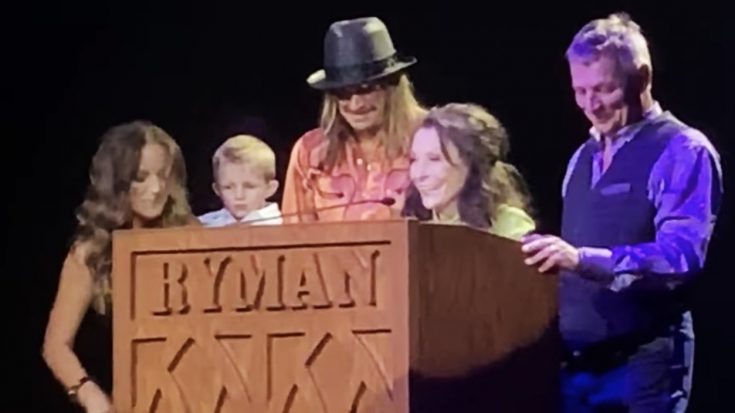 The Ryman Auditorium was filled with talent on Tuesday night (Sep 17). It was home to the 2019 Nashville Songwriters Awards.

Several awards were handed out, speeches were said, songs were sung, and it was the first time since her birthday celebration in April that the legendary Loretta Lynn had made an appearance.

Congratulations to all of the winners and honorees of the night. You continue to inspire us everyday and what an…

She was being awarded the Kris Kristofferson Lifetime Achievement Award and was honored by Kellie Pickler, who performed “Honky Tonk Girl,” Reba McEntire’s version of “You Ain’t Woman Enough,” and her granddaughter Tayla Lynn, who sang “Coal Miner’s Daughter.”

Loretta was accompanied onstage to receive her award by Kid Rock, and she told the crowd, “Hello everybody, I’m Loretta. I want y’all to know I love you. Thank y’all for coming out. Thank y’all. I love ya.”

The country legend is truly one of a kind, and these photos prove how incredible she looks at 87 years, after a stroke and broken hip!

Before lights, camera, action a girl's gotta have hair and makeup! My usual gal couldn't be here tonight so Tim and…

Well, it's late and I'm finally home. I'm tired, but I had a heck of a night. I can't say thank you enough for receiving…

Watch Loretta accept the highest honor in the video below.