Loretta Lynn Laid To Rest At Her Tennessee Ranch 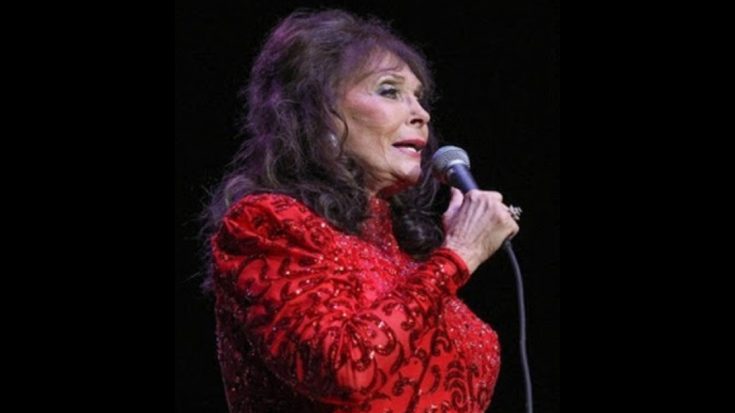 Three days after she died in her Hurricane Mills home, Loretta Lynn was laid to rest during a private burial service.

The Coal Miner’s daughter died peacefully in her sleep Tuesday, October 4, at her ranch in Hurricane Mills, Tennessee. She was 90. Her family announced her death with a statement posted to social media. The family shared that a public memorial announcement would be forthcoming.

Tributes poured in from fans around the globe, including Lynn’s fellow country artists who posted messages online in memory of the singer. Some artists paid tribute during concerts following Loretta’s death, including Keith Urban who sang two of Lynn’s songs, “Blue Kentucky Girl” and “You’re Lookin’ At Country,” during his Nashville show at Bridgestone Arena Friday night (October 7).

Saturday night’s Grand Ole Opry served as a tribute to the late singer as Chapel Hart, Steve Wariner, Deana Carter and Vince Gill each sang one of Loretta’s hit songs. All of the artists took the Opry stage at the end of the night, along with Ricky Skaggs and Riders in the Sky, to sing Gill’s iconic hit “Go Rest High On That Mountain” as photos of Lynn were displayed on a screen behind them.

Loretta Lynn’s fans are awaiting news of a public memorial service where they can pay tribute to the Coal Miner’s Daughter.

The Lynn family and 100 of their closest friends gathered in Hurricane Mills Friday (October 7) to lay Loretta to rest. Shortly after 11 a.m., Lynn was taken from her mansion to the family cemetery, followed by a line of cars carrying her family.

According to family spokesperson Ebie McFarland, Lynn left instructions for her funeral, including plans for a large public memorial that will be open to fans.

“A public memorial is being planned,” McFarland said. “The family did have a private ceremony Friday with no other details available to share at this time.”

McFarland said details about the public ceremony will be released soon.