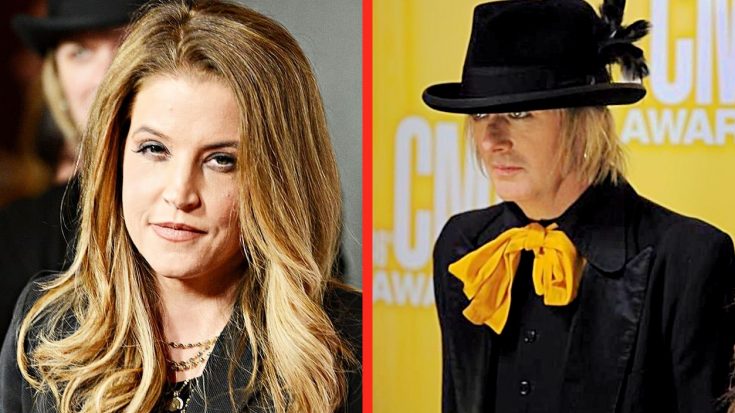 A new twist in the bitter divorce battle between the heir to Elvis’ entire fortune and her hat-aficionado ex-husband has cropped up and is making headlines worldwide.

Lisa Marie Presley, the sole child of rock and roll legend Elvis Presley, has been married four times. Her most recent marriage, to musician Michael Lockwood, has turned into a fairly contentious court battle with all sorts of twists, turns, and scary allegations.

Lisa Marie and Lockwood welcomed twin girls into the world in 2008, Harper and Finley. A lot of the discord between the two parents is about the children and their future with each parent.

In 2017, the children were removed from the custody of both parents and custody was granted to Priscilla Presley after Lisa Marie claimed she had found an immense catalog of child pornography on his computer.

Now, they have a shared custody agreement – but in a report by The Blast via Yahoo! Entertainment, Lisa Marie claims that Lockwood “did not elect to exercise his visitation with the girls between April 8th, 2019 and June 27th, 2019.”

Regardless of that claim, Lockwood is refusing to allow his daughters to visit Graceland for the annual Elvis Week celebration.

Lisa Marie claims that when they were married, they would both take the kids to Graceland during Elvis Week and it was an annual family trip. The past two years, she’s had to petition the courts to allow her to take them and help them learn more about the impact their grandfather had on the world.

Lockwood, however, didn’t care. An email to her attorney on July 18th clearly states his concern: “I am not consenting to the trip to Memphis. Every time Lisa takes the girls to Memphis it becomes a photo op for her … I have brought this up every year. She agrees no photos yet there always is.”

She petitioned the court last month to have them permit her an emergency order to take the kids out of state for the event – but a judge slapped that down and denied the request.

Nobody knows how the rest is about to unfold…but things look to be escalating.