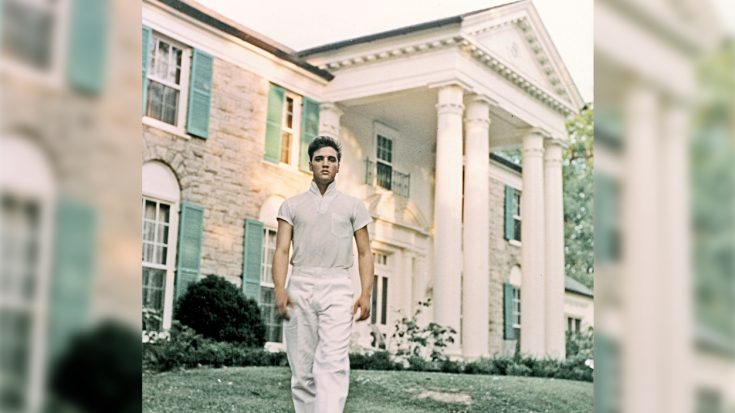 Fireproof, earthquake-proof, and tornado-proof: one of the rooms within Graceland holds so many treasures that it’s been built to withstand anything imaginable. While the location of the room remains unknown, some of its contents were revealed by none other than the daughter of the King.

In the prelude to the video being shown Oprah tells the guests of her show, “Many fans get tickets to tour Graceland, but no ticket will get you into this secret room.”

During the exclusive tour of Graceland, Lisa Marie Presley led Oprah Winfrey and her co-host Gayle King to the “secret room.”

The cameras were requested to be turned off while they were led to the secret, off-limits room deep within the home where Elvis once resided. Once inside the room, however, the cameras were turned back on.

The room holds Elvis’ most prized possessions, and items cannot be touched unless gloves are worn. Among the hidden treasures: rings with sparkling stones, sunglasses, over 60,000 photographs, 88 jumpsuits, and more.

Of the secret room, Lisa Marie said, “It’s very comforting that I can come. Nobody actually knows that this is here. I know I can come at any time and rummage through the boxes and grab stuff. It’s quite comforting. The whole thing, even the house is like a little time capsule of the past and nothing has ever changed.”

Presley also said that she loves having a secret space where she can go whenever she needs to feel close with her late father.