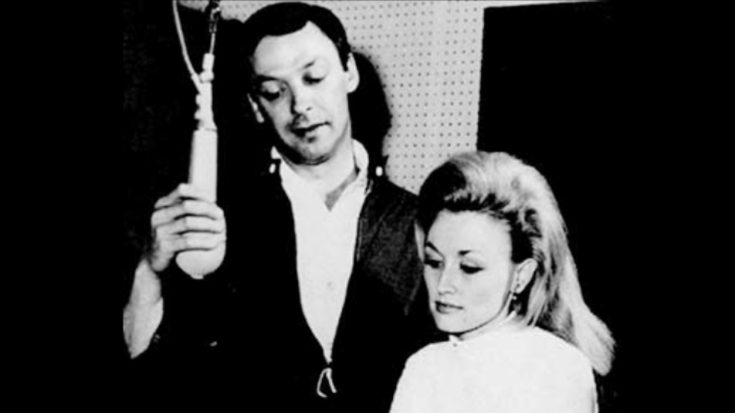 Fred Foster was a legendary producer, songwriter, and record company owner, who was inducted into the Country Music Hall of Fame in 2016 alongside Randy Travis and Charlie Daniels.

Posted by Country Music Hall of Fame and Museum on Tuesday, March 29, 2016

@VGcom gives Fred Foster, the man who founded Kris, Dolly, and so many more the honor of NOW being a member of the @countrymusichof! pic.twitter.com/BZ0TSzIA7n

His career and contribution to country music was celebrated, with Dolly Parton singing and giving a heartfelt speech about his impact on her career, which he helped start. She performed “Dumb Blonde,” for the man who “saw things in me that nobody else did.”

“You started my life with my first record,” she said before her performance.

We are so sad to learn of the passing of Fred Foster. Fred was a legendary producer and songwriter and the founder of…

Foster passed away on Wednesday, February 20 at the age of 87.

Orbison’s son, Roy Orbison Jr. took to Twitter to mourn his father’s friend, who turned into his friend.

Here's the last time I saw Fred Foster. You can see him holding baby Roy Orbison 3 and me crying happy at the beautiful moment. Love Fred. He was a great man and producer and friend to Roy Orbison.#FredFoster #RoyOrbison #RoyOrbison3 #RoyOrbisonJr pic.twitter.com/jJ8cxBTnzL

Dolly Parton took to social media to mourn Foster, writing, “I am heartbroken that my friend Fred Foster has passed on. Fred was one of the very first people to believe in me and gave me chances when no one else would or could. We’ve stayed friends through the years and I will miss him. I will always love him.”

A memorial service is currently being planned for sometime in March.

Foster is survived by his children and grandchildren. We will keep them in our prayers during this time.