Dolly Parton ‘Heartbroken’ Over The Death Of Close Friend 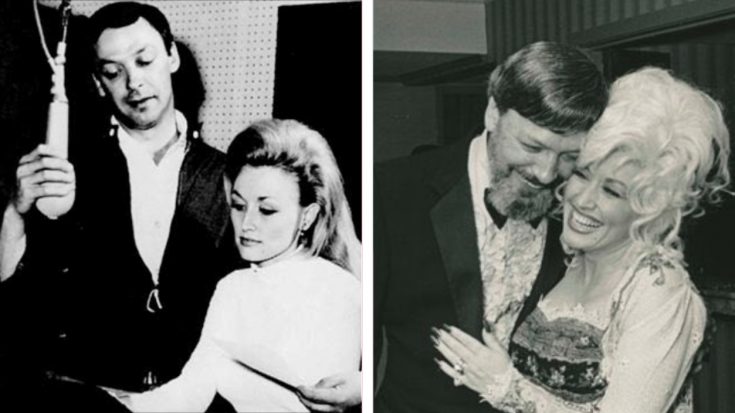 When Dolly Parton was just 19 years old, she signed a record deal with Monument Records, which was founded by the legendary producer and songwriter Fred Foster. She was initially signed as a bubblegum pop singer, but after hearing her incredible knack for story-telling and success as a country songwriter, the record label allowed her to record country music.

Her very first single, “Dumb Blonde” went to number 24 on the country charts, followed by “Something Fishy” hitting the top 20, both of which were included on her debut album Hello, I’m Dolly.

It was this album that caught the attention of Porter Wagoner. As we all know, her career continued to catapult after that.

She wouldn’t be the legend she is today without Foster’s belief in her all those years ago, so when she heard he passed away on Wednesday (Feb. 20) at the age of 87, she was devastated.

Rest in peace, Fred Foster. ❤️
He produced Dolly’s first album Hello I’m Dolly in 1967 on Monument Records. He also produced As Long As I Love in 1970 and The Winning Hand with Brenda Lee, Willie Nelson, and Kris Kristofferson in 1982.
We will always love you. pic.twitter.com/9hOTZlC59b

We are so sad to learn of the passing of Fred Foster. Fred was a legendary producer and songwriter and the founder of…

Parton, who is currently in London for the premiere of West End’s 9 to 5 The Musical, immediately took to social media to express her condolences and her sadness.

“I am heartbroken that my friend Fred Foster has passed on,” she wrote. “Fred was one of the very first people to believe in me and gave me chances when no one else would or could. We’ve stayed friends through the years and I will miss him. I will always love him.”

Our thoughts and prayers are with Dolly, and Fred’s family during this time of grief.