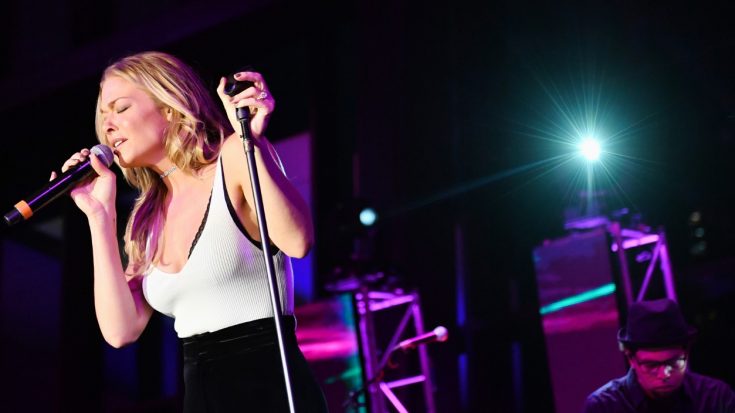 One fan even commented that she had “absolutely nailed” this cover of a country music staple from the heyday for Waylon, Willie and the boys – and it’s not the first time she’s done right by the pioneers of the country sound!

From Child Star To Superstar

LeAnn Rimes is best known for her very first hit song, “Blue,” that was released when she was just 11 years old. That hit record would launch her into superstardom and earn her a career in music that has been filled with songs from many genres.

Her blossoming career brought her into the foreground of country music and after establishing herself as a country songstress, she later moved into a more pop-sound and began issuing records to pop radio. Still continuing to be a hitmaker, she has issued crossover hits and still goes back to her country roots.

During the 2013 American Country Awards, Rimes was blessed with the honor of singing Patsy Cline’s beloved hits in a segment dedicated to the late singer’s profound impact on music.

Throughout her career, she has covered songs from classic artists, both male and female, in a way that nobody else can. Truly, Rimes was blessed with a voice unlike anyone else and holds an incredible range of pitch-perfect notes she can really tell a story through.

In one of these throwback moments, Rimes covered Waylon Jennings’ treasured 1972 hit “Good Hearted Woman” as part of her 2011 country record Lady & Gentlemen. The title is a play on words that hints at the record’s substance.

For the album, Rimes solely recorded male country artists’ songs with the help of Vince Gill and Darrell Brown as her producers.

Watch the video below where LeAnn Rimes delivers a pristine recording of “Good Hearted Woman” that is sure to drop your jaw!