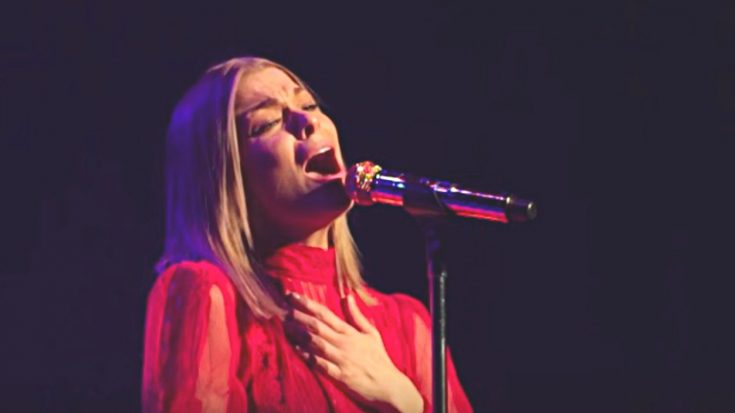 The “One Way Ticket” To A Timeless Song

Released in September 1996 as the third single off of her debut album Blue, “One Way Ticket” was one of the first songs that country fans ever heard from LeAnn Rimes. All of these years later, and it remains a beloved part of her repertoire.

The uptempo song, which Rimes reportedly recorded in one take, is known for its fun and vibrant sound. In fact, it was that exact sound that was praised in a review published in Billboard. The review noted how it wasn’t as traditionally leaning as Rimes’ previous singles, making it a standout track.

That review was right on the money, because it’s the lively vibe that has helped “One Way Ticket” remain timeless.

Recently, Rimes revisited another one of her most well-known songs, “How Do I Live.” In honor of the song’s 20th anniversary, she constructed a whole new rendition that is slower and quieter than the original.

“It’s more of a spiritual experience singing the song in this new way, a personal prayer,” said Rimes during an interview with Billboard.

But Rimes didn’t end the reimagined tracks there. She also released an entirely new version of “One Way Ticket,” and it’s nothing like the recording that you’ve always known.

Forget Everything You Ever Knew…

While the original version of “One Way Ticket” sounds upbeat, the new version is slower and stripped down. Through this arrangement, the song earns a sense of vulnerability that wasn’t there in the original recording.

Rimes believes that her age has something to do with why the two versions of “One Way Ticket” sound so drastically different. When she recorded the original, she was only 13 years old, and didn’t quite catch on to the more complex emotions hiding behind the lyrics.

She spoke to Rolling Stone about the two versions of the song:

“At 13 years old, I didn’t fully grasp the deeper meaning behind the lyric. After all these years, while re-imagining some of my hits for my Remnants Tour last year, we stumbled upon a slower tempo which I believe truly shines a light on the vulnerability and the courage of the lyric.”

Now, it’s time for you to forget everything you ever knew about “One Way Ticket.” Listen to the new version in its raw, live form by watching the video below.

We want to know what you think of the new version when you finish it! Did you ever hear that deeper meaning in the song before?