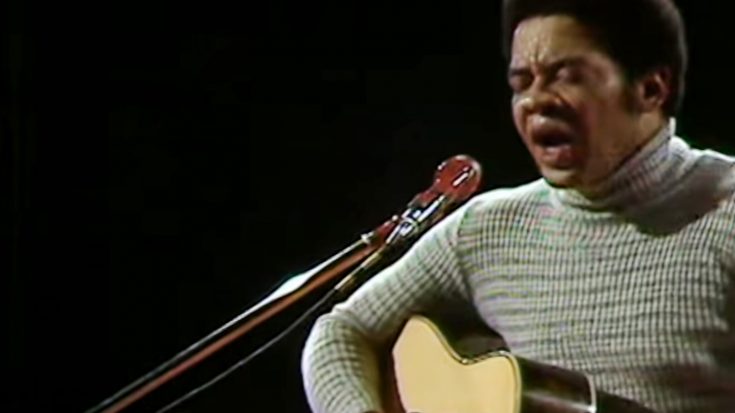 A soul singer and legendary vocalist who brought some of the most-timeless songs to our ears has died at the age of 81.

Bill Withers built a legacy filled with songs like “Lean on Me,” “Lovely Day,” and “Ain’t No Sunshine.” His work became some of the most memorable throughout time and even some of our youngest generations would recognize his music.

“We are devastated by the loss of our beloved, devoted husband and father,” said Bill Withers’ family. “A solitary man with a heart-driven to connect to the world at large, with his poetry and music, he spoke honestly to people and connected them to each other,” the family statement read. “As private a life as he lived close to intimate family and friends, his music forever belongs to the world. In this difficult time, we pray his music offers comfort and entertainment as fans hold tight to loved ones.”

A West Virginia native, Withers didn’t kick off his career in music until he was 25 years old – after he finished serving in the United States Navy.

Just after his musical debut in 1971 with “Ain’t No Sunshine,” Withers earned a Grammy Award for Best R&B Song and sold more than one million copies. This was just the beginning for Withers as he would go on to release seven more albums and deliver the unforgettable song “Lean on Me” in 1972.

On March 30th, 2020, Bill Withers died in Los Angeles at the age of 81. His death was attributed to complications with his heart and not related to coronavirus COVID-19.

Our thoughts and prayers are with his family during this very difficult time.