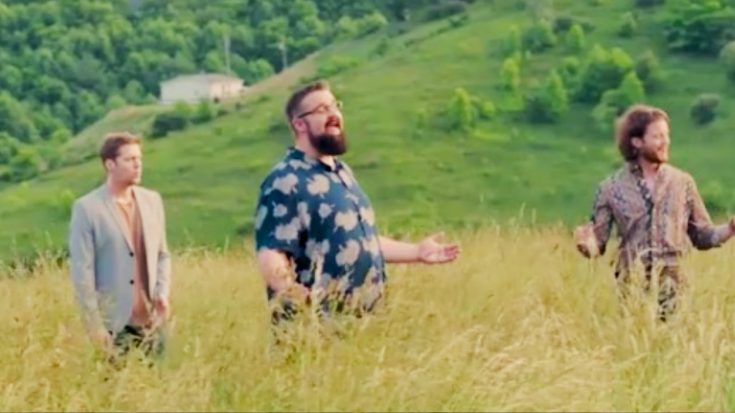 In 1989, Vince Gill started to write a song in a moment of grief. His fellow country artist, Keith Whitley, had passed away at the age of 34, leading Gill to pick up a pen and start writing.

But the song Gill crafted in the aftermath of Whitley’s passing remained unfinished for years. That is, until another tragedy led Gill to pick up his pen once more and finish the song.

In 1993, Gill’s older brother, Bob, passed away from a heart attack. Once again, Gill coped with his grief through music, and finished the song he started after Whitley’s death.

That song was “Go Rest High on That Mountain.”

Gill released “Go Rest High on That Mountain” in 1995. The song struck a chord with all who listened to it, and it peaked at the 14th spot on the Hot Country Songs chart.

In the years since its release, Gill has delivered many emotional performances of “Go Rest High.” He is often called on to sing it at the funerals and memorial services for other artists.

Most notably, he sang “Go Rest High” at George Jones‘ funeral at the Grand Ole Opry in 2013. Emotions overtook him at one point, and he ceased singing. Patty Loveless, who performs backing vocals on the song, stepped up and helped carry him through.

It goes without saying that “Go Rest High” is a song that carries a ton of emotional weight. So when a cappella group and Sing-Off champions Home Free chose to cover the song, they made sure their music video tugged at the heartstrings.

The video opens with a grandfather and grandson folding a flag together. We learn that the grandpa served in the military, and so did his brother.

But while the grandfather came home and returned to his family, his brother paid the ultimate sacrifice.

As Home Free begins singing “Go Rest High,” we see flashback-style clips of the grandfather when he was younger and preparing to leave for the service. He says a tearful goodbye to his wife before leaving to do his duty.

When he returns, the pair shares a joyful reunion, but then he breaks the news that his brother was killed. He takes his brother’s dog tags and drapes them over a portrait of the two of them together.

The video jumps back to the present, when the grandfather takes his grandson to his brother’s grave. There, he drapes his brother’s dog tags over the picture once more.

This story footage is woven with clips of Home Free singing “Go Rest High” in the middle of a mountainous area. The scenery is just as stunning as the group’s performance, which is sure to give you goosebumps.

Tune in to the video below to watch Home Free’s emotional cover of “Go Rest High.”