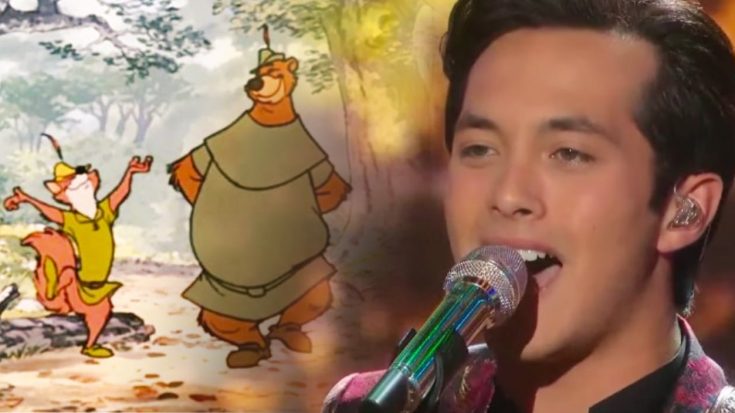 When Laine Hardy was first eliminated from American Idol back in 2018, the young singer likely never imagined what the future had in store for him. After being told that he wasn’t quite confident enough to be a singer, he went home and worked on becoming more sure of himself and his talents.

Hardy eventually returned to Idol, but never had any intention to audition. Instead, he showed up to play guitar for his friend Ashton Gill.

But the judges weren’t willing to let Hardy walk away without hearing him sing as well. They asked him to audition and he ended up earning himself a golden ticket to Hollywood.

Hardy decided to embark on the Idol journey once more. This time, his strengthened voice and newfound sense of confidence not only helped him win over the judges, but the viewers.

He quickly became one of the standout stars of the competition, wowing everyone with his charming performances of songs by artists such as Sam Cooke and Elvis Presley.

Eventually, the same singer who was once kicked off Idol for being too shy found himself in the Top 8.

Hardy was able to make it that far thanks to a performance that took place on Easter Sunday as part of Idol‘s famous “Disney Week.” Each of the Idol hopefuls took on a famous Disney song, with Hardy choosing one with its roots in country music.

That song is “Oo-De-Lally,” which was featured in Disney’s 1973 film Robin Hood. Written and performed by country music icon Roger Miller (who also voiced the film’s narrator, Alan-a-Dale), the song is more well-known than any other on the film’s soundtrack.

Despite its popularity, “Oo-De-Lally” is a song that hasn’t been covered all that often. Though in 2018, the song was reimagined by Eric Church for an album made in Miller’s honor.

Church’s rendition has a distinct “swampy” feel that makes it stand out from Miller’s original.

Laine Changes Things Up A Bit

When it came time for Hardy to perform his rendition of the iconic song, he too opted to give it his own twist. Doing what he does best, Hardy gave the song a grittier, rock & roll vibe, and it paid off.

He had the judges and the crowd clapping along throughout the whole song, making it clear they were invested in his performance from the get-go. Once he wrapped things up, Lionel Richie praised him for finding his “wheelhouse,” while both Katy Perry and Luke Bryan told him that he was well on the way to winning the show (and then he later went on to do just that!)

Once you watch Hardy sing “Oo-De-Lally” below, you’ll understand why the judges gave him such great comments. He’s a natural on stage by now!