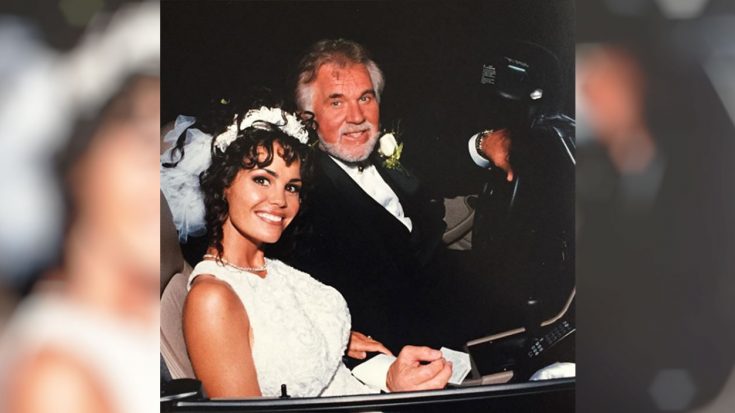 Earlier this year, the world lost the musical legend Kenny Rogers. June 1, 2020, marked what would have been the 23rd wedding anniversary for him and his wife Wanda Miller. Since this was the first anniversary without him, she posted a picture to commemorate the day and has since been flooded with loving comments from followers.

Our 23rd~anniversary.. we’d already spent 5years together and decided to make a promise before God♥️ the best years.. I’m Blessed Beyond…

The first time Rogers saw Miller was while he was on a dinner date with another woman. Miller was the hostess at the restaurant and happened to pass by their table. The date didn’t go anywhere and all Rogers could think about was the smiling hostess. He reached out to a friend who frequented the restaurant who put him in touch with a manager and was able to introduce the two of them. After dating for 5 years, the two of them decided it was time to make things official, and the rest is history. Kenny & Wanda were married June 1, 1997, at Kenny’s ranch in Athens, Georgia.

Kenny & Wanda were married on this day in 1997, at Kenny's ranch in Athens, Georgia. Today we commemorate this very special anniversary and celebrate the many years they enjoyed together. We send Wanda our love & warm wishes for a day filled with many happy memories. Let's show Wanda and Kenny's family our support today! -Team KR

In one of his last interviews, Rogers told Closer Weekly,

“I think the years with Wanda have been the most rewarding. That’s no offense to any of the other people I was married to. I just think I wasn’t ready before. I’ve had a lot of things in my life. I’ve made loads of money and had the biggest and best of everything, but now I’m back to looking at the small things that matter: my boys, Wanda. It’s not about me anymore. It’s about them.”

Without a doubt their 22 years of marriage was filled with many blessings and happy memories.

Following Rogers death, was a re-release of his song Goodbye which was previously released only on a greatest hits collection. Watch the video below to listen to it.