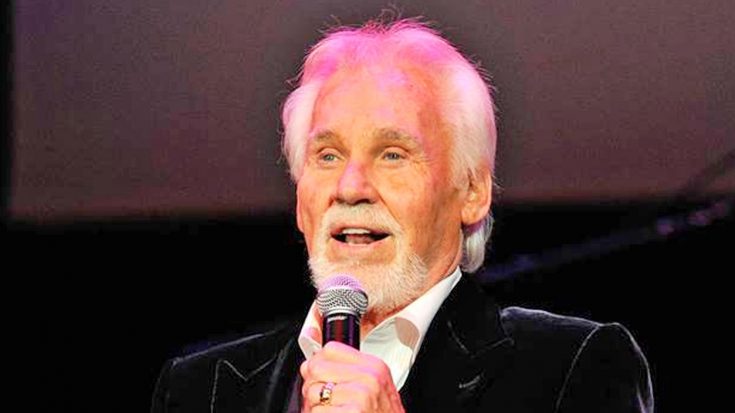 In the 1970s, Kenny Rogers teamed up with fellow country music legend Dottie West for several albums of duets. Together, they won two CMA Awards, two Grammy nominations, and one Music City News Award (now the CMT Music Awards) for their albums Every Time Two Fools Collide and Classics.

From their hit records, they produced several chart-topping songs including “Anyone Who Isn’t Me Tonight,”  “What Are We Doin’ In Love,” “All I Ever Need Is You,” “Every Time Two Fools Collide,” and “‘Til I Can Make It On My Own,” which all became country standards.

Not only were Rogers and West duet partners, they were extremely close friends. In fact, he was with her mere hours before she died at age 58 from injuries she sustained in a car accident. He credits West for helping him win over the country music audience – and now he gets to welcome his dear friend into the legendary ranks of a Country Music Hall of Fame inductee.

Garth Brooks and Trisha Yearwood were on hand Tuesday morning (March 27) to reveal the Country Music Hall of Fame’s 2018 inductees.

Congratulations to the 2018 class of inductees of the Country Music Hall of Fame: Johnny Gimble, Ricky Skaggs, and Dottie West. #HonorThyMusic

Posted by Country Music Hall of Fame and Museum on Tuesday, March 27, 2018

He shared a series of photos of them on Facebook with the caption, “What amazing news this morning to hear that my friend…the late, (very) great Dottie West…will be inducted into the Country Music Hall of Fame this year. {You did it, Dottie! I knew you would.}“

He also congratulated Skaggs and Gimble on this incredible accomplishment.

What amazing news this morning to hear that my friend…the late, (very) great Dottie West…will be inducted into the…

Watch West and Rogers perform one of the iconic songs “Every Time Two Fools Collide” below.