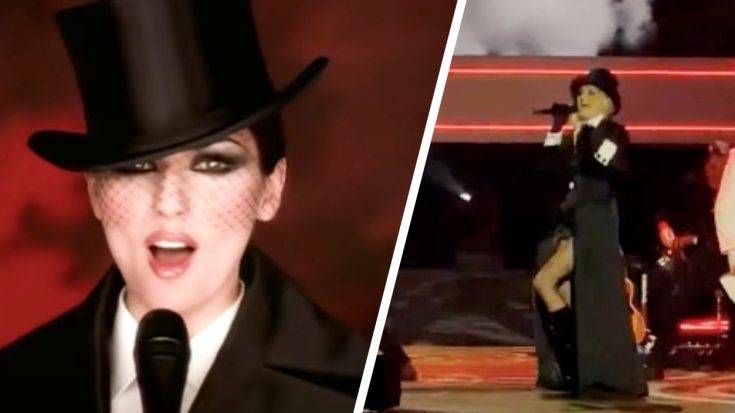 Shania Twain was honored for her songwriting with the ACM’s Poet’s Award during the 2022 ACM Honors. Twain was touched that the ACM chose her as the recipient of the award, saying:

“What a great night! My heart is full from watching and hearing the tributes…Being acknowledged as a songwriter has always been my goal… thank you to the @acmawards for honouring me with the Poet’s Award.”

Kelsea Ballerini was on hand to pay tribute to Twain that night. She and Twain have grown close over the years, especially after they collaborated on a remix of Ballerini’s song “hole in the bottle.”

Ballerini wore the same white, glittery gown Twain donned for the 1999 Grammy Awards. The significance wasn’t lost on her, as she made clear in an Instagram post after the ceremony.

“If your hero is shania twain, meet your hero. you may become friends and she may even let you wear THE dress,” Ballerini captioned the pictures.

Ballerini honored Twain with a musical tribute during the ceremony. She sang Twain’s iconic hit from 1997, “Man! I Feel Like a Woman.” Ballerini used her performance to recreate Twain’s famous music video for the song…down to the costume and everything.

The ACM Honors were filmed for a two-hour special that will air on FOX on September 13. So you’ll get the chance to see Ballerini’s full performance of “Man! I Feel Like a Woman” then. But in the meantime, one attendee managed to catch a portion of the tribute on video. Watch that clip below.

After seeing this clip, we can’t wait to see Ballerini’s full performance. It looked epic!