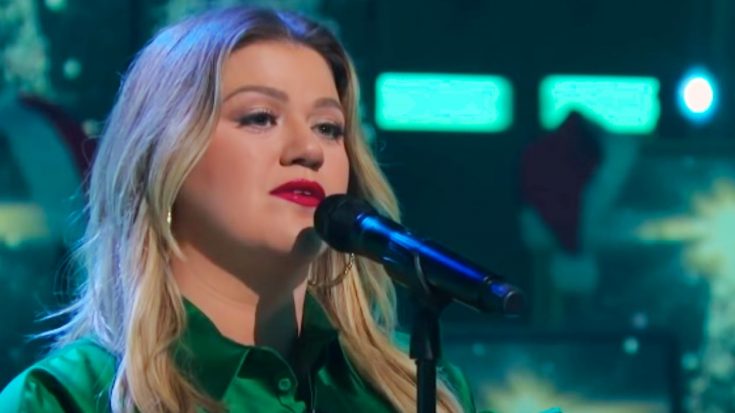 In 1982, Dolly Parton starred alongside Burt Reynolds in the film adaptation of the musical The Best Little Whorehouse in Texas. Parton performed many of the songs on the soundtrack, including a track called “Hard Candy Christmas.”

Written by Carol Hall, “Hard Candy Christmas” has Parton’s character Miss Mona singing about how even though she’s struggling through life, she’s still going to maintain a postive outlook and keep dreaming for the future.

Other than the “hard candy Christmas” line, there is no other mention of Christmas in the song. Still, the song went on to become a holiday hit, and was later featured on Parton and Kenny Rogers‘ 1984 Christmas album Once Upon a Christmas.

A number of other artists were inspired to cover “Hard Candy Christmas” after hearing Parton’s version. June Carter Cash, LeAnn Rimes, and Reba McEntire are just a few of the many artists who have recorded the song over the years.

Another artist who shared her take on “Hard Candy Christmas” was Kelly Clarkson. She performed the song during the “Kellyoke” segment of her talk show during a December episode.

This holiday-themed “Kellyoke” impressed and enchanted viewers. Many praised her for bringing out the song’s vulnerable emotions in her performance.

Knowing everything Clarkson is going through in her personal life at the moment, the message of “Hard Candy Christmas” surely hits home. You can tell how connected she is to the song, especially as she sings lines such as “I’m barely getting through tomorrow. But still I won’t let sorrow bring me way down.”

You can hear Clarkson’s heart-tugging rendition of “Hard Candy Christmas” by checking out the video below.