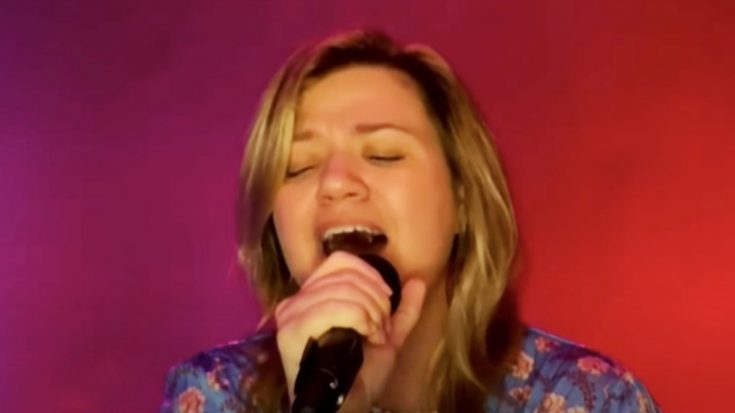 In 1992, Wynonna Judd released the second single off of her debut solo album. The song, titled “I Saw the Light,” went on to top the country charts in both the U.S. and Canada.

The success of “I Saw the Light” further cemented Wynonna’s place in country music history. To this day, she has passionate, devoted fans who love to share her music.

One of Wynonna’s famous fans is Kelly Clarkson. The Voice coach, singer, and talk show host has been covering Wynonna’s music for years. For example, she performed her hit song “No One Else on Earth” during her Piece by Piece Tour in 2015.

More recently, Kelly covered The Judds‘ “Why Not Me” for the “Kellyoke” segment of her talk show, The Kelly Clarkson Show.

Just a little less than two months after singing “Why Not Me,” Kelly revisited Wynonna’s music by performing “I Saw the Light” for another “Kellyoke” segment.

If you love Wynonna’s original recording of the song, you won’t be disappointed with Kelly’s version. She didn’t take any liberties with it, and opted to keep her performance fairly true to Wynonna’s original.

At the end of her performance, Kelly made her love for Wynonna crystal clear when she exclaimed, “Wynonna Judd, get it!”

Check out the video below to see how Kelly approached “I Saw the Light.” She delivered a cover that would surely make Wynonna proud!