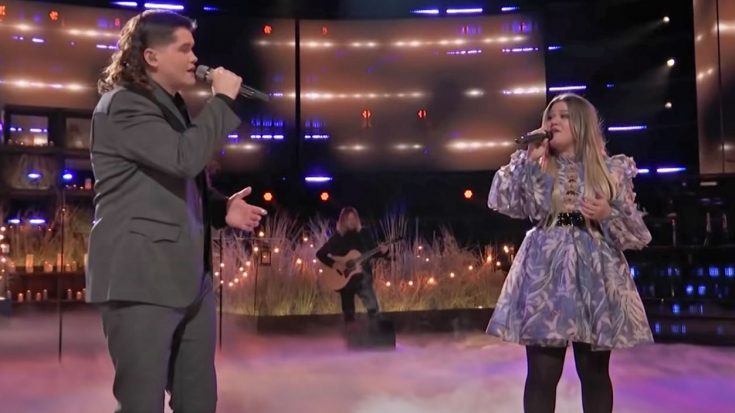 Season 20 of The Voice has officially wrapped with incredible performances during Tuesday night’s finale.

The episode aired on May 25, 2021, and even though one artist didn’t get crowned the champion, his performances throughout the season were some of the best we’ve ever seen – especially during the finale.

Second place winner Kenzie Wheeler delivered a beautiful duet with his coach Kelly Clarkson on Keith Whitley’s hit “When You Say Nothing At All.”

The performance started with Wheeler’s soothing vocal that was joined with Clarkson’s beautiful harmonies. The stage was decorated with tall grass and candles which created the perfect ambiance for the song.

Wheeler kicked off his appearance on the show by earning a four-chair turn with his Blind Audition with Keith Whitley’s “Don’t Close Your Eyes.”

The results of Tuesday’s finale were as follows:

Watch Wheeler’s performance with Clarkson in the video below.