Joe Diffie’s Widow Honors Him On Their Anniversary 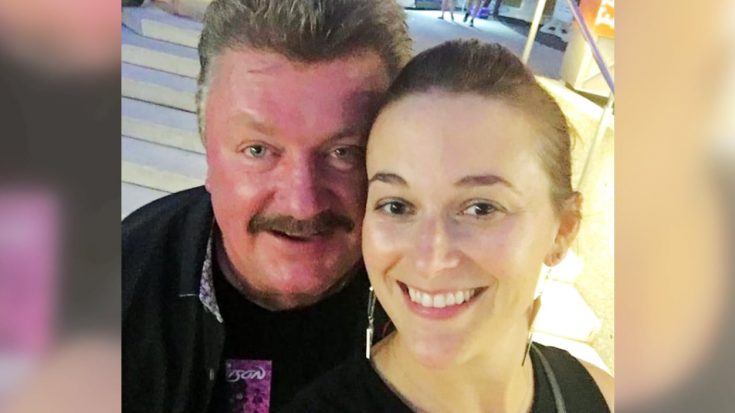 March 29, 2020 will always be remembered as a sad day in country music history. It was the day Joe Diffie passed away at the age of 61.

Joe was known as the voice behind iconic country hits such as “Pickup Man” and “John Deere Green.” His loss was mourned by artists and fans who spent the past several decades listening to his music.

He was also mourned by his wife, Tara. Joe and Tara married in May 2018, so Joe passed away just two months before their second anniversary.

Following Joe’s passing, Tara went on social media to share the last photo they ever took together. She wrote. “Our last picture together. I love you so much @officialjoediffie You were the love of my life.”

Now, a year after Joe’s death, Tara has been left to celebrate life’s special moments and milestones without him.

On the day of their third anniversary, Tara shared a photo from their wedding on Instagram. The romantic photo shows her and Joe dancing together during their reception. While we can’t see Tara’s expression, we can see Joe’s…and he had the sweetest smile on his face.

You can tell how much Joe adored Tara. It’s also easy to see how much Tara loved Joe, and how much she misses him now that he’s gone.

You can see the photo and Tara’s message below.

Our hearts ache for Tara and everything she’s been through over the past year. Joe is so dearly missed…