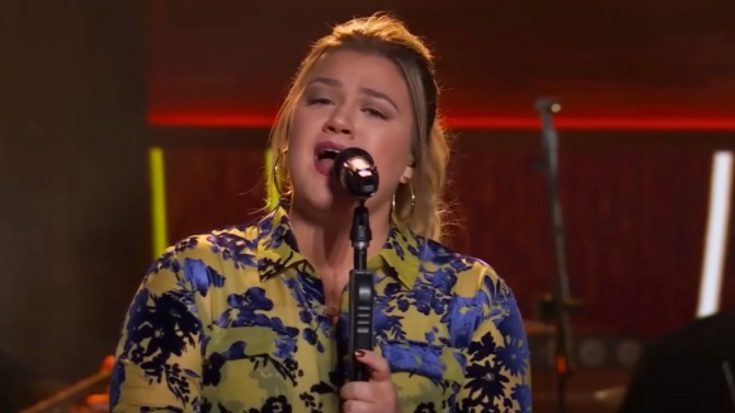 Kelly Clarkson often covers country songs for the “Kellyoke” segment of her talk show, The Kelly Clarkson Show. One of her favorite country artists is Trisha Yearwood, who also happens to be a good friend of hers.

Clarkson previously paired up with Yearwood to sing her song “Believe Me Baby (I Lied)” for a virtual “Kellyoke” duet.

More recently, Clarkson covered “How Do I Live,” which Yearwood recorded. Though she wasn’t the only artist to do so…LeAnn Rimes also recorded the song. She and Yearwood actually released their recordings on the same day in May 1997.

Yearwood’s version led her to a Grammy win, while Rimes’ version was a massive pop hit and has been certified 3x Platinum.

Clarkson delivered a stunning version of “How Do I Live” on The Kelly Clarkson Show. Viewers praised her emotional performance in the comments section on YouTube.

Some of those comments were:

“I’m gonna be honest this song was so popular in the 90s that I haven’t listened to it since….but yet again Kelly’s version has reignited my love for it!”

“She sang this with so much emotion. Seemed very personal to me.”

“OH MY GOD she sang it perfectly!”

“Kelly’s version is so amazing!! She’s so talented, it hurts, lol!!”

“Kelly, I know you’re friends with Trisha Yearwood. She would be so proud of this cover. You can sing anything.”

Head below to watch Clarkson sing “How Do I Live.” We can’t wait to hear which country song she’ll cover next!