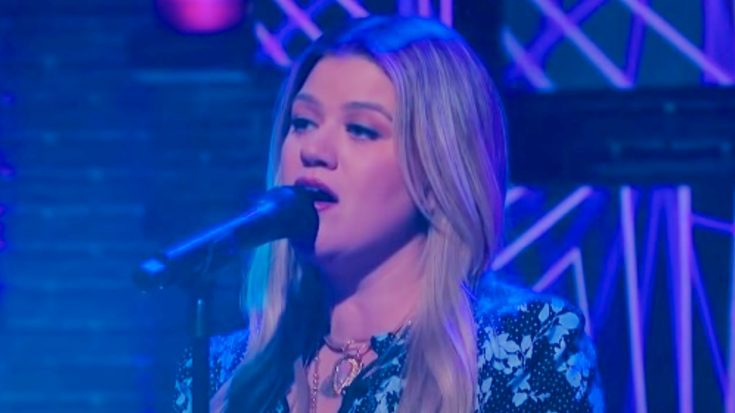 The song “The First Cut Is the Deepest” has been covered so many times that few people remember its origins.

“The First Cut Is the Deepest” was written by folk/pop/rock singer Cat Stevens. It was first recorded and released by soul singer P. P. Arnold in 1967 before Stevens released his own rendition in December of that year.

Then in 2003, Sheryl Crow released her version of the song. While it was not a “country” cover by definition, her recording did peak at the 35th spot on the Hot Country Songs chart.

It was a huge pop hit too, and went on to claim the 14th position on the all-genre Billboard Hot 100.

Because Crow’s version of “The First Cut Is the Deepest” is one of the newest recordings, it’s likely the first rendition many people think of. But when Kelly Clarkson covered the song for the “Kellyoke” segment of her talk show, she credited its songwriter, Stevens, on YouTube.

The instrumentation behind Clarkson was gentle, which gave her voice the ability to stand out. She sang softly, but with power, and was able to portray the deep feelings of heartache contained within the song’s lyrics.

Clarkson is often praised for being able to take any song and sing it well. You’ll be able to understand that praise when you hear her perform “The First Cut Is the Deepest” below.

This has to be one of our favorite “Kellyoke” covers to date!