Kelly Clarkson Invites “The Rock” To Duet, He Sings “Islands In The Stream” 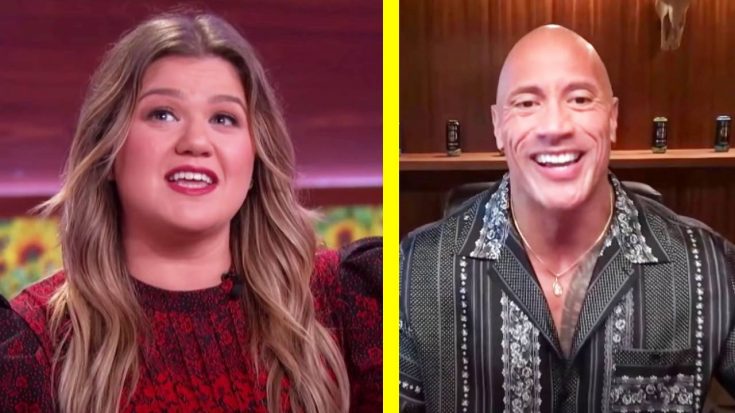 He talked to her all about his new show, his relationship with the strong women in his life, and shared with her his epic cheat day snack, which you can see in the picture below.

Most moms, like Clarkson, know Johnson as the character Maui from the Disney movie Moana where he sings the catchy song “You’re Welcome.”

He’s also proven his singing chops in a few other film roles, including singing “Are You Lonesome Tonight” in The Game Plan.

But he revealed to Clarkson that before he was a professional wrestler, he had dreams of being a country singer! When he was a teen, he’d go down to Broadway (though in the interview he kept calling it Broad Street) to go to shows at the honky tonk.

After learning about his past desire to be a country singer, Clarkson invited him to the set one day to collaborate. Johnson seemingly accepted by singing “Islands In The Stream.” Clarkson admitted the only time she’s ever performed that song was drunk at a karaoke bar, but it would be a good choice!