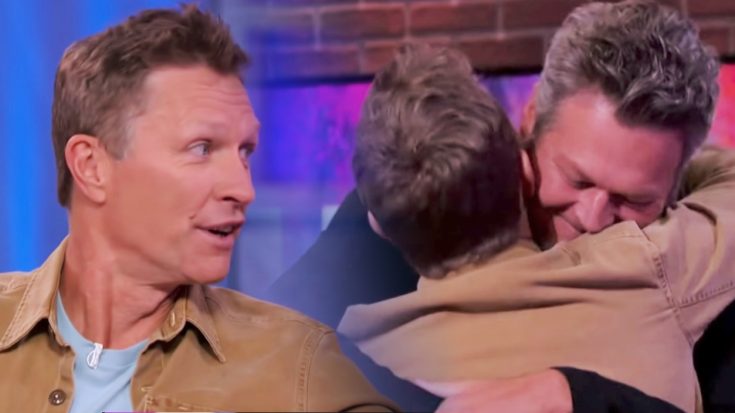 Country singer Craig Morgan was a guest on The Kelly Clarkson Show in October of 2019.

On it, he spoke about his latest song, “The Father, My Son, And The Holy Ghost.”

In July of 2016, Craig lost his 19-year-old son, Jerry, in a tubing accident on Kentucky Lake in Tennessee. On the show, he said that even though it was three years ago, “for me, it was yesterday.”

He got out of bed and “four hours later I finished the song the way you hear it today.”

Once Craig recorded the song, he sent it to a few friends to listen. One of those friends was Blake Shelton. It took Blake a while to actually listen to the song, but once he did, he was forever changed.

On September 9, Blake tweeted, “I would gladly give up my spot on country radio to get this song on.”

I would gladly give up my spot on country radio to get this song on.. Wow @cmorganmusic you blow me away brother.. There’s nothing easy or fun about writing a song like this but sometimes it’s just something you gotta do. https://t.co/QXJ2wiZ4cI

After this tweet, Blake, who was sitting pretty near the top of all the charts with his song “God’s Country,” took it upon himself to campaign to get “The Father, My Son, and The Holy Ghost” to go #1 on iTunes.

The next couple days, Blake continued to tweet updates on Craig’s rise on the charts and on September 12, 2019, the song was #1 on the all-genre chart.

Ladies and gentleman one of the hardest things to ever achieve in music is having a #1 selling song of ALL music ALL genres. You can’t fake it. The song has to touch people. Congratulations @cmorganmusic. This ones for Jerry. pic.twitter.com/0oTeYplikj

Kelly Clarkson asked Craig if he had seen Blake since this all happened, and Craig said he hadn’t. Just moments later, Kelly brought the “Hell Right” singer out to surprise his good friend.

See the surprise below.

After talking about how moved he was by the song, Craig got up to perform it, which left Blake and Kelly – and us – in tears.

Watch Craig perform “The Father, My Son, and The Holy Ghost” below.