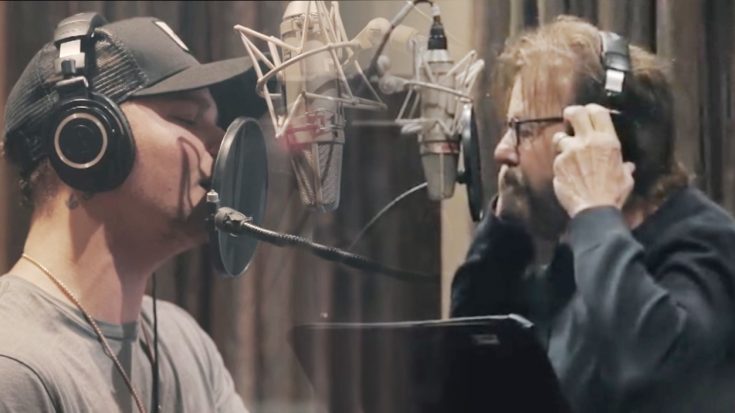 After ten years without releasing an album together, country legends Brooks & Dunn have finally returned with new, old songs. If that sounds confusing, let us explain!

Brooks & Dunn announced their retirement in 2009, which was the last time they released an album together. They went on a Last Rodeo farewell tour as well. Even though they’ve been performing with Reba McEntire for their residency in Las Vegas for many years now, they’ve considered the band “retired” since 2009.

8 years ago Brooks & Dunn played the final gig of the Last Rodeo farewell tour at Nashville's Bridgestone Arena with proceeds headed to the Country Music Hall of Fame. #MusicIsLife pic.twitter.com/oynqhO4QQL

Now, ten years later, they have announced a brand-new album titled Reboot. The album, which was announced on Feb 7, 2019, features reimagined collaborations of their classic hits with lots of modern artists including Kacey Musgraves, Thomas Rhett, Luke Combs, and Kane Brown.

The album was released April 5, and the award-winning duo released two tracks a little early, one being “Brand New Man” with Combs and the other being “Believe” with Kane Brown.

For their collaboration with Brown, the 25-year-old started the song off solo, singing the first verse and chorus of the 2005 hit song. Ronnie Dunn sang the next verse and was joined by his longtime bandmate Kix Brooks for the chorus. Brown solo’d again for a few lines on the bridge and had a nice call-and-answer with Dunn.  The final chorus is the most powerful of all, with all three voices coming together for a spine-tingling moment.

“And [Brown] came back with ‘Believe’,” Dunn revealed.

“It’s still, when we do it live, it’s one of Ronnie’s most challenging vocals, and when you chose that song I went…’Courageous,’ and I feel like you had that tucked away somewhere in your heart or you wouldn’t have picked it,” Brooks said.

“His voice works fabulous on it. Not selling here, just sayin’,” Dunn said. He went on to reveal that Brown’s call-and-answer was improvised and the duo loved it.

All Brooks, Dunn, and Brown could do during this sit down was praise each other, and Brown even revealed he wants to bring some of the elements of their collaboration to his own music.

Listen to their incredible rendition of “Believe” in the video below, you won’t be disappointed.